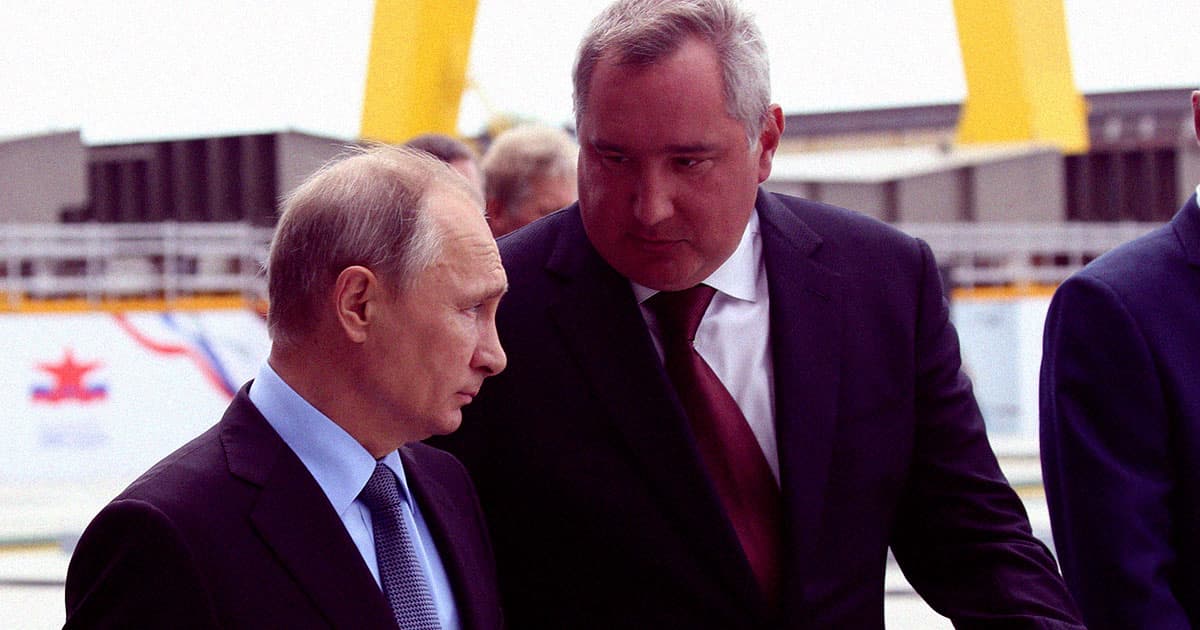 This is truly unhinged.

This is truly unhinged.

He may not be the head of the Russian space agency Roscosmos anymore, but that hasn't stopped Dmitry Rogozin — an outspoken member of Russian president Vladimir Putin's "inner circle" — from taking potshots at his international counterparts, the West, and Ukraine.

In a Telegram post, the brash politician shared a strange meme that appears to accuse Ukraine of fascism and posit their invaders as the good guys.

"Stand on the light side," the meme, which features a person in a spacesuit standing on the Moon in front of a Russian flag, reads. Under the fictional cosmonaut's boot is a disembodied, Darth Vader-like helmet with regalia similar to that of the far-right Azov Battalion militia, a controversial unit of the National Guard of Ukraine.

The group that now goes by "Azov Regiment" reportedly changed its logo to distance itself from far-right, neo-Nazi connotations earlier this year.

Pro-Russia pundits including Rogozin and other members of the Kremlin have used the group's fascist symbolism to reframe the invasion as an anti-fascist crusade, something that has repeatedly been criticized as an exploitation and misrepresentation of the invasion.

Naturally, that nuance isn't going to be highlighted by the likes of Rogozin, who has continued posting nationalistic commentary on his Telegram channel since the dismissal from his post as head of Roscosmos in July.

It's a truly confounding meme that is as incoherent as it is inflammatory.

Besides, the likelihood of Russia landing a cosmonaut on the surface of the Moon is looking increasingly unlikely, given the fact that the country and its space program have burned many bridges with its international allies, especially since the invasion of Ukraine.

In short, it's exactly the kind of unhinged and grossly misrepresenting piece of propaganda we expect from Rogozin.