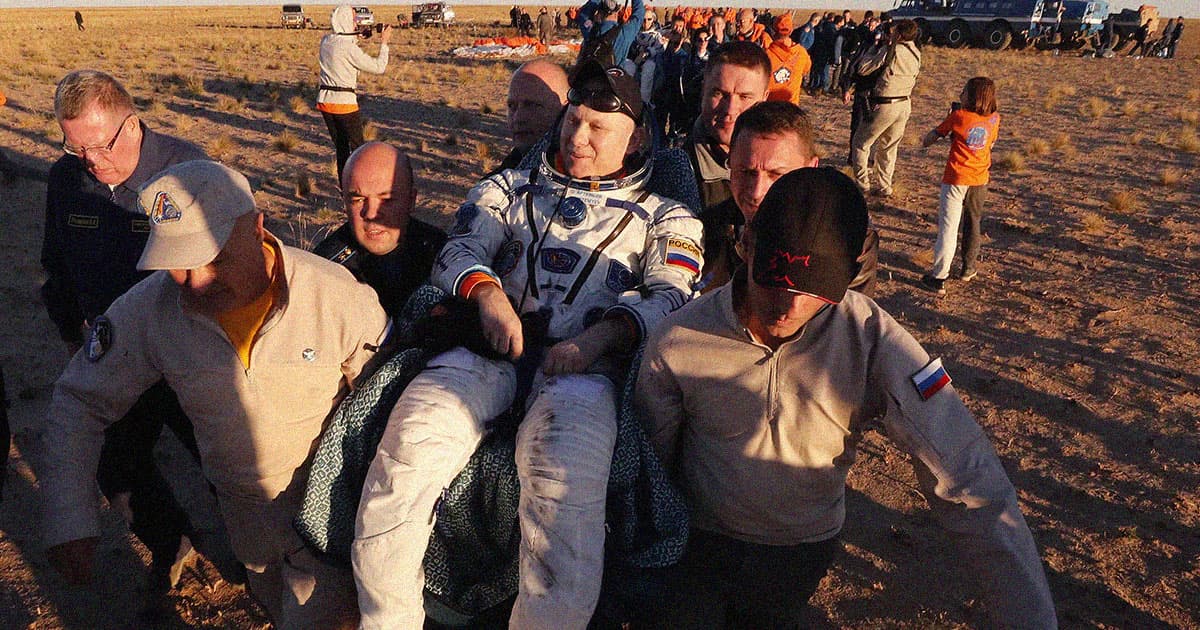 He returned to Earth just three weeks ago.

He returned to Earth just three weeks ago.

Russian space agency Roscosmos has confirmed that one of its cosmonauts hit an elderly colleague with his car — mere weeks after returning from the International Space Station.

Per a Roscosmos statement, cosmonaut Oleg Artemyev "knocked down" a 63-year-old man, who, according to a translation of the official statement, was an employee of the Cosmonaut Training Center where Artemyev is also employed.

The man was "hospitalized with fractures" after the incident. The news was later confirmed by the Associated Press.

It's still unclear if Artemyev's recent return journey from the ISS played a factor. As Space.com reports, recent studies have shown that returning from space can impact an astronaut's ability to drive a car.

According to Roscosmos, "the accident occurred in conditions of limited visibility on a poorly lit road outside the pedestrian crossing zone," and that the cosmonaut didn't notice that the older man was crossing the street.

The 51-year-old cosmonaut was sober at the time and administered first aid to the man before calling an ambulance.

Roscosmos will "provide all necessary assistance to the family and the victim himself," according to the statement.

Artemyev assumed commandership of the ISS back in May 2022 and spent the next 195 days on board the station.

So far, he has spent 561 days in space over three missions.

Along with commanding Expedition 67, Artemyev also hosted a YouTube channel and posted TikTok videos from on board the ISS and regularly updated his personal blog, "Cosmonaut Notes," on his website.

The cosmonaut has yet to post any statements of his own, so until either he or the victim comes forward, we'll have to take Roscosmos' word.

More on Russia: China and Russia's Moon Base Alliance May Be Falling Apart

Brain Drain
Russian Space Program Is Apparently Forbidding Employees From Traveling Abroad, Fearing They'll Flee
Mar 10
Read More
Lucky Bastard
Billionaire Space Tourist Basically Says "Let Them Eat Cake"
12. 16. 21
Read More
Space Swag
Brands Keep Sending Their Pointless Swag to the Space Station
11. 5. 19
Read More
+Social+Newsletter
TopicsAbout UsContact Us
Copyright ©, Camden Media Inc All Rights Reserved. See our User Agreement, Privacy Policy and Data Use Policy. The material on this site may not be reproduced, distributed, transmitted, cached or otherwise used, except with prior written permission of Futurism. Articles may contain affiliate links which enable us to share in the revenue of any purchases made.
Fonts by Typekit and Monotype.