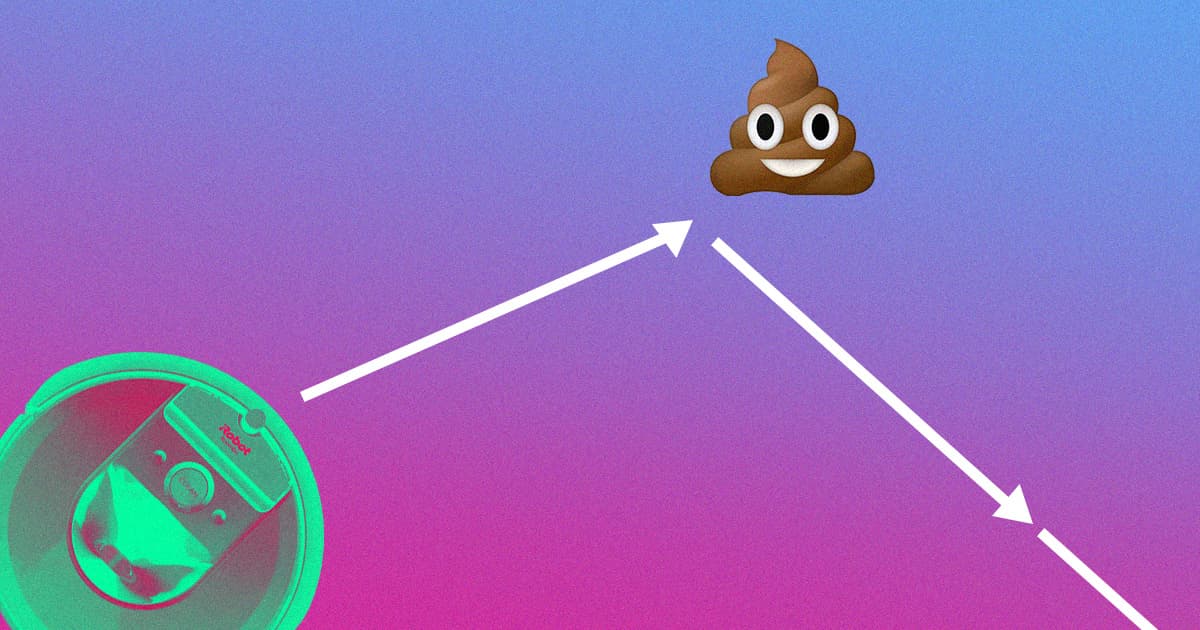 Finally, the autonomous robot vacuum-maker iRobot has developed a new model that reportedly solves one of the greatest challenges still facing the artificial intelligence community.

That's right, the new Roomba j7+ comes with advanced AI that can automatically detect and avoid dog poop, Ars Technica reports. That should, iRobot claims, prevent the new model from following in its predecessor's extremely messy footprints and smearing crap all over your home.

Apparently, Roombas running over poop and absolutely ruining someone's floor is a common problem for pet-and-robot-vacuum owners. So common that iRobot spent a great deal of time teaching its vacuums specifically to avoid them,  alongside less noisome hazards like power cables.

"iRobot trained [the vacuum's] [machine learning] algorithms using hundreds of thousands of images of real, fake, and simulated dog and cat waste." A company spokesperson told CNET, "iRobot is so confident that its pet waste detection is up to the task that it is offering customers the Pet Owner Official Promise (P.O.O.P.)"

That last part is certainly cutesy, but it's apparently a real problem. You can thank Ars for digging up this highlight reel of dog-poop-meets-vacuum horror stories, some of which include pictures you definitely shouldn't look at during lunch. However, they left out my personal favorite as a former chihuahua owner.

READ MORE: New Roomba promises “poopocalypse” horror stories are a thing of the past [Ars Technica]