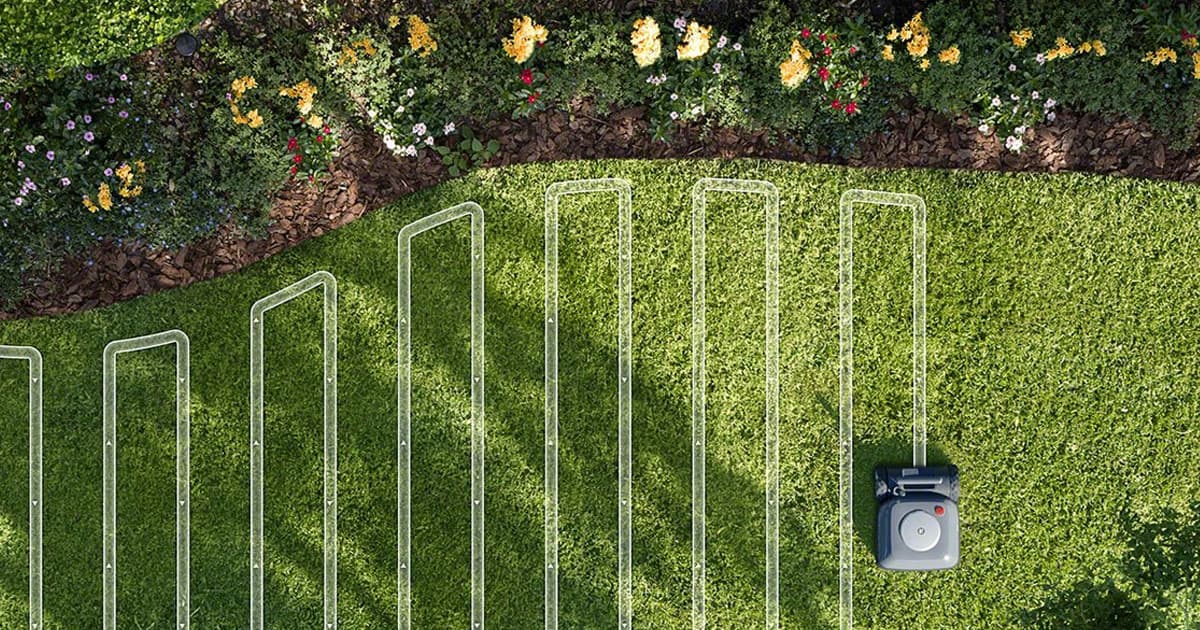 Get on My Lawn

The company behind Roomba, the robot vacuum, now wants to automate lawn care.

On Wednesday, iRobot unveiled Terra, an autonomous lawnmower it claims avoids the pitfalls of previous designs — and it could be tackling your lawn as soon as this summer.

Terra isn't the first autonomous lawnmower, but according to an iRobot press release, it's an improvement on available options.

While other autonomous lawnmowers require users to install potentially costly boundary wires, Terra uses a technology similar to Roomba's to map a property. Owners place wireless beacons around their yard and then manually drive the robot around the perimeter once. That allows Terra to create a map of the lawn in its memory, similarly to how Roomba creates a map of a person's home.

After that, Terra owners just use the iRobot HOME App to schedule times for the bot to mow the lawn, which it does in straight, back-and-forth lines — the kind favored by Americans, iRobot CEO Colin Angle told the Associated Press.

Various sensors allow the robot to avoid unexpected debris within its cutting area, and if its battery starts to run low, Terra knows to return to its charging station.

According to the press release, Terra will go on sale in Germany in 2019, with a U.S. beta program also launching this year.

As for what it'll cost you to turn over your lawn care to Terra, iRobot plans to announce pricing at a later date — but given that other autonomous lawnmowers can cost anywhere from $600 to $3,500, there's a good chance many people will just stick to mowing their lawns the old-fashioned way: by paying the neighbor kid to do it.

More on Roomba: Today in Dystopia: This Roomba “Remembers” a Map of Your House

The Makers of Roomba Want to Share Maps of Users’ Homes With Smart Tech Companies
8. 2. 17
Read More
Stem Ware
Scientists Discover World's Oldest Preserved Vertebrate Brain
Yesterday
Read More
Year of Efficiency
Zuckerberg Says Facebook Will Lean Hard Into AI
Yesterday
Read More
+Social+Newsletter
TopicsAbout UsContact Us
Copyright ©, Camden Media Inc All Rights Reserved. See our User Agreement, Privacy Policy and Data Use Policy. The material on this site may not be reproduced, distributed, transmitted, cached or otherwise used, except with prior written permission of Futurism. Articles may contain affiliate links which enable us to share in the revenue of any purchases made.
Fonts by Typekit and Monotype.