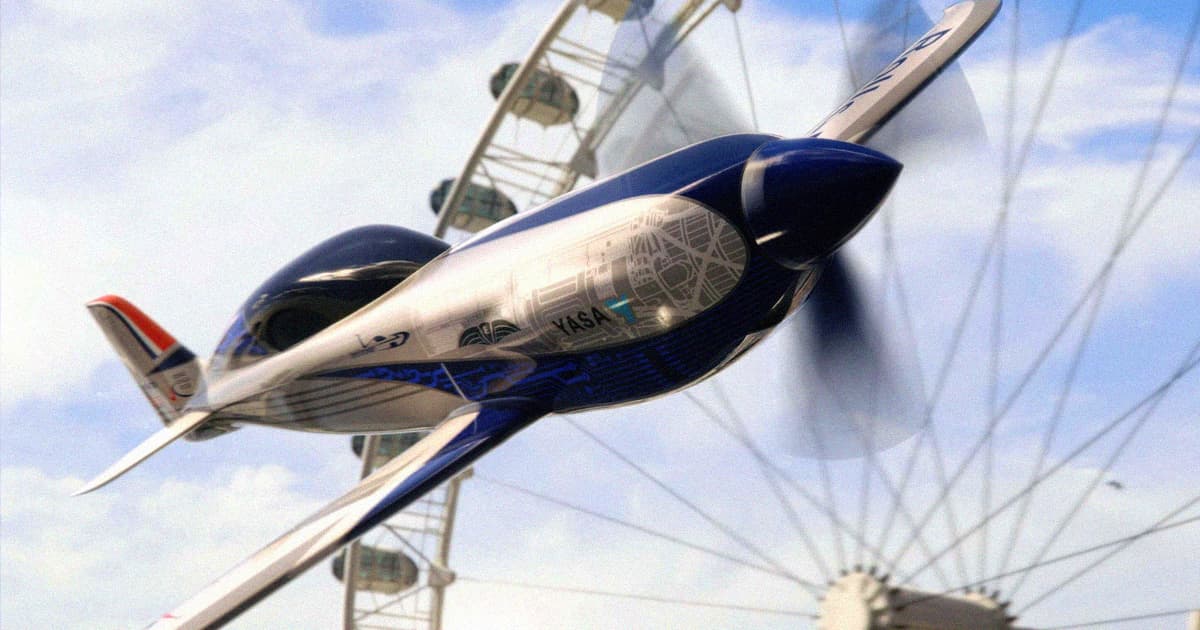 An all-electric aircraft called Spirit of Innovation, built by British manufacturer Rolls-Royce, took to the skies for the very first time this week — and it looks hella cool.

The sleek single-seater prop plane, a design reminiscent of racing planes from the 1930s, took off at the UK Ministry of Defense's Boscombe Down site on Wednesday.

It spent 15 minutes in the air, a milestone for greener, fully-electric air transportation — and a stepping stone towards the Spirit of Innovation's upcoming speed world record attempt of flying at over 300 mph.

The plane's propeller was run by a 400 kilowatt electric powertrain, the equivalent of over 500 horsepower, while what Rolls-Royce claims to be the most power-dense battery pack ever made for an aircraft provided the juice.

The project had some solid backing and was in part sponsored by the British government and Aerospace Technology Institute, a major center for aerospace research in the country.

"We are focused on producing the technology breakthroughs society needs to decarbonize transport across air, land and sea, and capture the economic opportunity of the transition to net zero," Rolls-Royce CEO Warren East said in a statement.

"This is not only about breaking a world record; the advanced battery and propulsion technology developed for this program has exciting applications for the Urban Air Mobility market and can help make 'jet zero' a reality," he added.

Rolls Royce has steep goals, hoping to achieve net zero operations by 2030. With the right tech in place, it may just have a shot.

Airbus, Rolls-Royce and Siemens Announce New Partnership to Build an Electric Airplane
11. 28. 17
Read More
Rolls-Royce Might Build the World’s First Autonomous Naval Vessel
9. 13. 17
Read More
Bing Bing Bing!
Microsoft Appears to Have Accidentally Launched New Bing With ChatGPT Functionality
2:58 PM
Read More
+Social+Newsletter
TopicsAbout UsContact Us
Copyright ©, Camden Media Inc All Rights Reserved. See our User Agreement, Privacy Policy and Data Use Policy. The material on this site may not be reproduced, distributed, transmitted, cached or otherwise used, except with prior written permission of Futurism. Articles may contain affiliate links which enable us to share in the revenue of any purchases made.
Fonts by Typekit and Monotype.