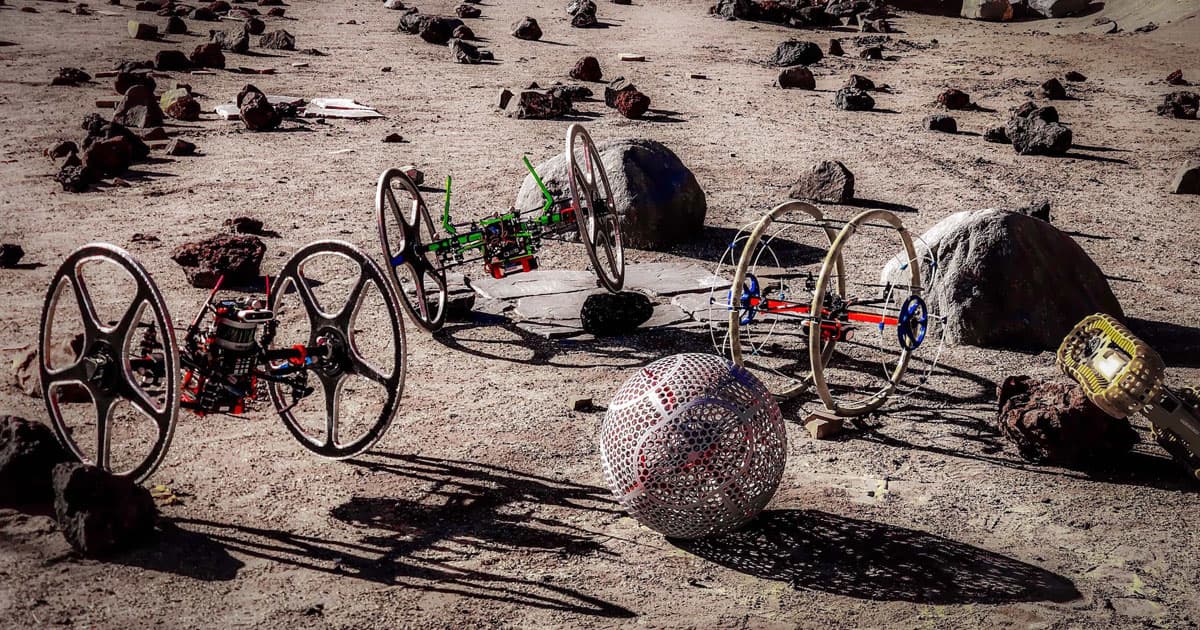 These Robots Could One Day Explore Caves on Distant Planets

"If there is life in the solar system, these are the most likely places to harbor it."

"If there is life in the solar system, these are the most likely places to harbor it."

While the challenge is aimed at finding robotics solutions for soldiers and first responders, NASA is hoping the same technology could lay the foundation for future exploration missions of subsurface landscapes such as caves and lava tubes on distant planets.

"The big question for NASA is: Is there life beyond Earth?" said Ali Agha, principal investigator of NASA's Jet Propulsion Laboratory CoSTAR team that will be competing in the challenge inside mining tunnels under Pittsburgh. "One of the main places to find answers to that question is subsurface environments because they are some of the most pristine locations, shielded from ultraviolet radiation and cosmic rays."

The teams have built tank-like robots, drones, and even climbing robots that feature flipper treads to overcome obstacles including larger rocks and narrow openings.

And while the challenge could be of help for future search and rescue missions here on Earth, similar robots could have a shot at finding much different forms of life on different planets as well.

"If there is life in the solar system, these are the most likely places to harbor it," said Agha.