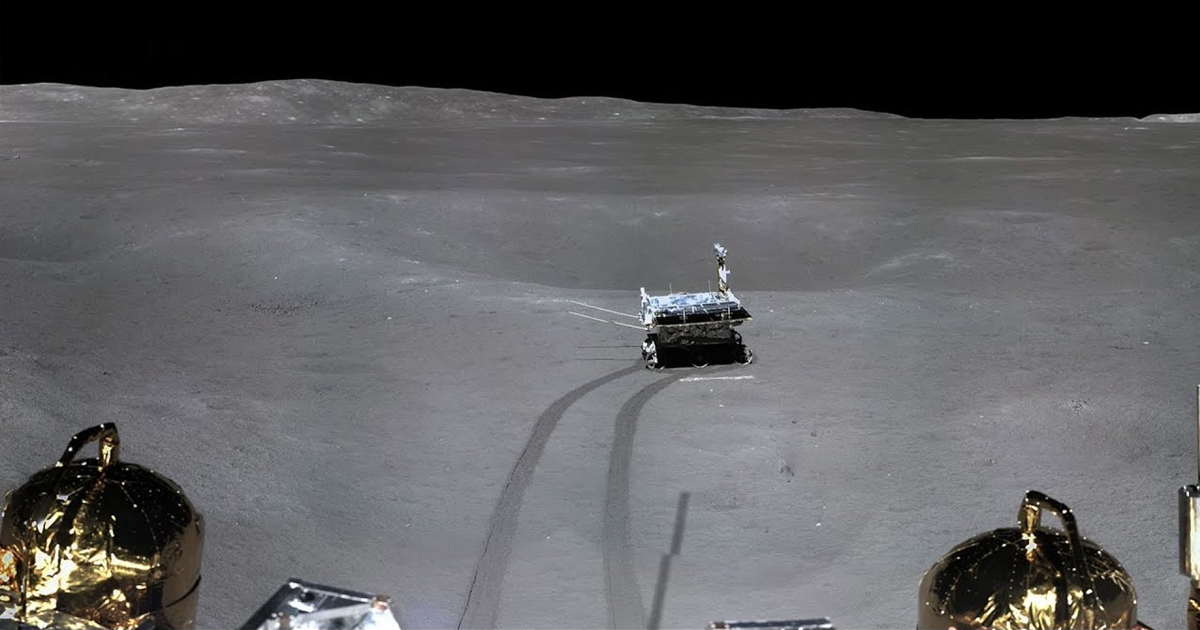 This is the first glimpse beneath the Moon's surface in human history.

This is the first glimpse beneath the Moon's surface in human history.

Yutu 2, the Chinese rover that landed on the far side of the Moon earlier this year, just examined the first-ever samples of the Moon’s mantle.

The samples are believed to have been dug out by a meteorite impact so strong that it crashed through the Moon’s crust, according to research published in the journal Nature on Wednesday. With further study, these subsurface rocks could reveal how the Moon formed in the first place.

In its earliest days, the Moon was likely comprised by a vast ocean of magma. During that period, the scientists suspect that elements like iron and magnesium — both of which were prevalent in the new samples — sank below the surface while lighter compounds floated upward, eventually forming the Moon’s crust.

“This is the first ground truth of what the interior of the moon is really made of,” Purdue University scientist Briony Horgan, who did not contribute to the new research, told New Scientist. “I would say the really important thing is that it’s different from the Earth.”

Studying the Moon’s mantle could give scientists new insights into how a large space body forms when the mantle doesn’t interact with water, as it did on Earth — and could help understand how other celestial bodies formed as well.

READ MORE: China’s rover peeks under the crust of the far side of the moon [New Scientist]

More on the Moon: See China’s Lunar Rover Set Off Across the Far Side of the Moon

Lunar Learning
Scientists Grow Living Plants in Moon Soil Captured by Astronauts
May 12
Read More
Blast Off
Former Astronaut Details Quest to Grow Cannabinoids in Space
Apr 20
Read More
Moon Dudes
Putin Says Russia Is Landing on the Moon This Year
Apr 13
Read More
+Social+Newsletter
TopicsAbout UsContact Us
Copyright ©, Camden Media Inc All Rights Reserved. See our User Agreement, Privacy Policy and Data Use Policy. The material on this site may not be reproduced, distributed, transmitted, cached or otherwise used, except with prior written permission of Futurism. Fonts by Typekit and Monotype.