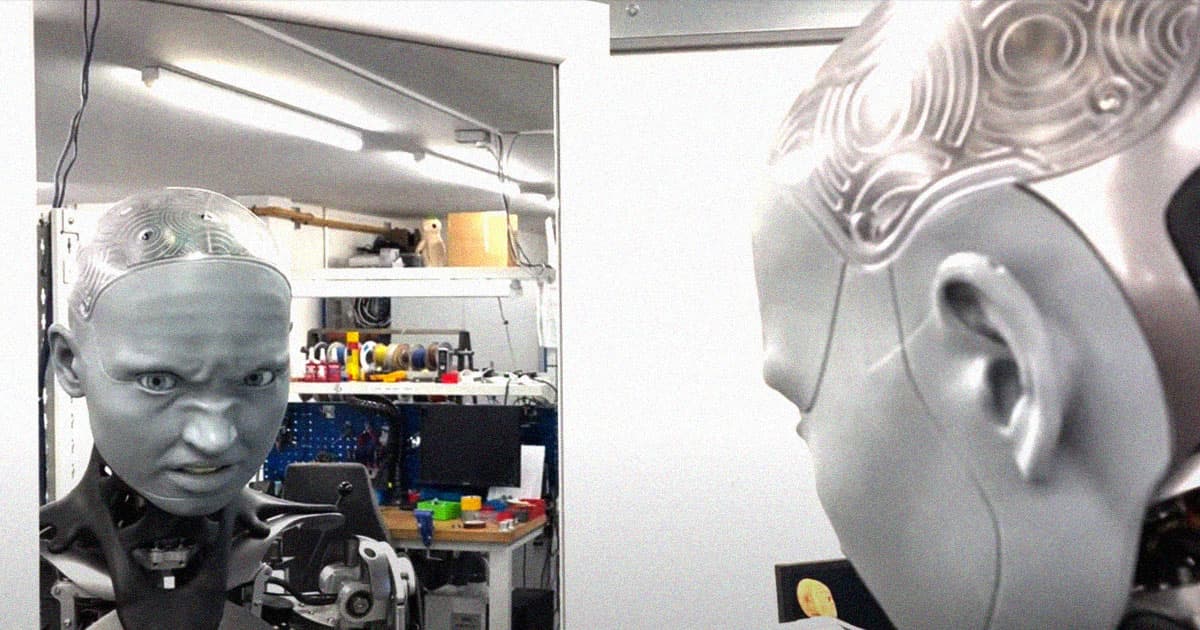 Bot in the Mirror

Last year, UK-based robotics company Engineered Arts made a huge splash with an impressive demo of its humanoid robot with uber-uncanny expressions.

Now, it's back — and it's serving up an even wider range of some of the most realistic facial expressions we've ever seen.

In a new video, the Ameca humanoid takes 12 new actuators for a spin as it stares into a mirror, contorting its face into expressions of disbelief, disgust, pain — and even what can only be described as regret.

In short, it's yet another fantastical demonstration of the power of cutting-edge robotics, and possibly even a sign of things to come.

Engineered Arts also took the opportunity to take a swipe at Tesla's rather nebulous attempt to build a humanoid robot. In the video, an employee can be seen watching a video of the car company's infamous decision to use a dancer in a stretchy suit sub in for an actual humanoid robot.

On its website, Engineered Arts claims that Ameca is the "world’s most advanced human shaped robot" that represents "the forefront of human-robotics technology." It's meant to allow researchers — and eventgoers alike — study the interaction between humans and robots.

The robot has already made a wide range of appearances at events. In January, Engineered Arts even showed off its creation at CES in Las Vegas.

"We've all seen it in the movies, we've all seen 'I, Robot' and 'AI Artificial Intelligence,'" Morgan Roe, Engineered Arts' director of operations, told CNET at the time. "And suddenly, that's real."

Roe also added that Ameca will mostly be serving in the "service robotics" field and won't be mingling with real humans for another "ten to 20 years."

More on the robot: That Robot With the Super Creepy Facial Expressions Is Back