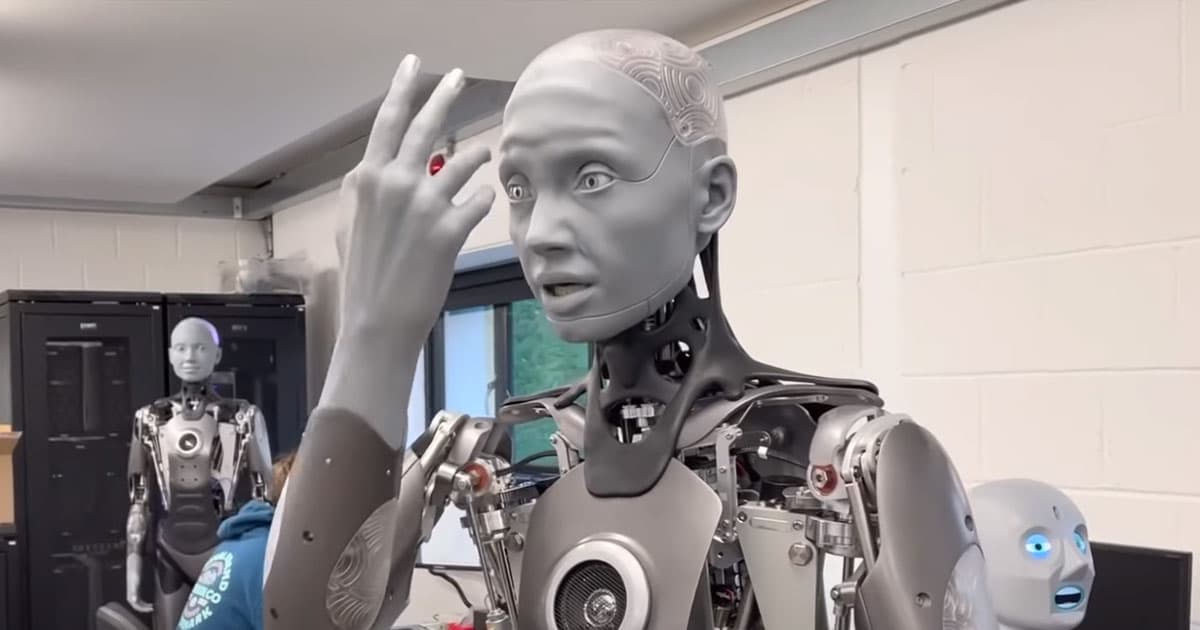 Fortunately, it has yet to learn how to walk.

Fortunately, it has yet to learn how to walk.

A UK-based robotics company called Engineered Arts has shown off an impressive new humanoid robot that can put on some eerily realistic facial expressions.

A teaser video shows the grey-faced robot wake up, distort its face into a grimace of shock, and then examines its hands in disbelief.

The robot ends its charade with a knowing "I got you" grin — as if it was trying to fool us into thinking it was actually gaining self-awareness.

It's a clever illusion — the sequence was more than likely sequenced ahead of time — but a seemingly stunning example of how far robotics have come nonetheless.

Engineered Arts sees the platform, called Ameca, as a "platform for development into future robotics technologies," according to its website.

The robot is meant to allow us to study human-robot interaction — and believable facial cues make that a whole lot easier.

The company is making the robot available for purchase and event rental, but has yet to advertise a price.

And a key caveat: while Ameca is impressive at conveying emotions via facial expressions, it's unable to walk yet.

"However, Ameca is a modular robot, we plan on upgrading [its] abilities over time so one day Ameca will walk," the company's website reads.