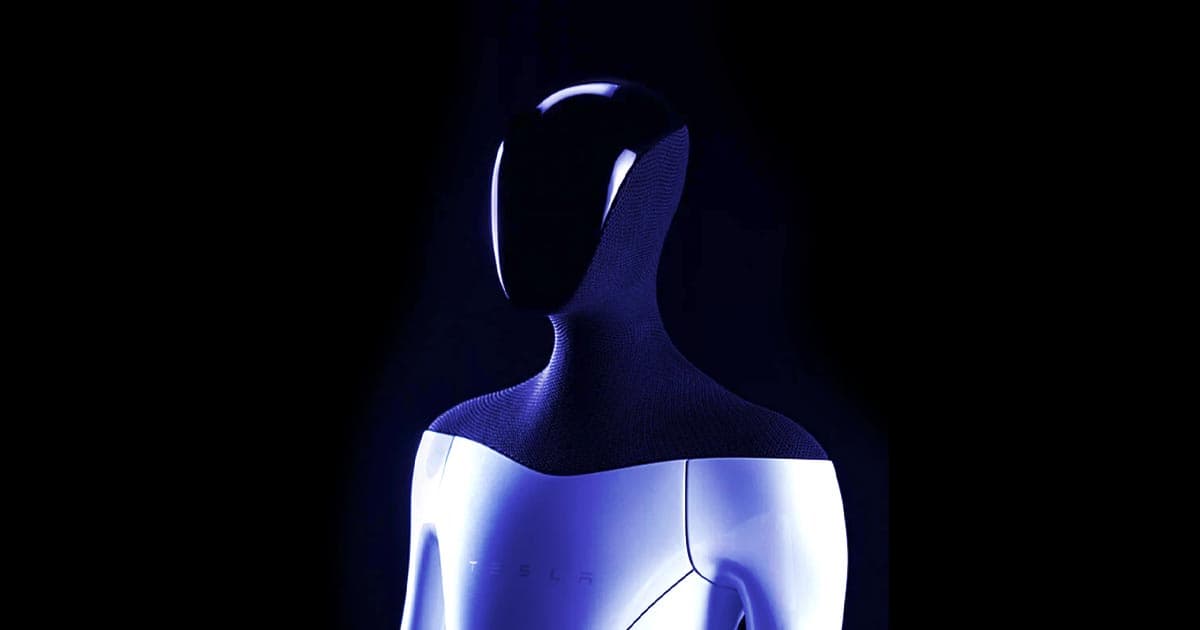 Wow! Elon Musk Says Tesla's Person in a Robot Costume Will Become a Real Robot at Some Point in the Future

Hard to argue with that logic!

Hard to argue with that logic!

Tesla CEO Elon Musk has pulled one of the oldest moves out of his bag of tricks: trying to drum up excitement for some random new thing — just hours before news broke of the company laying off about ten percent of its workforce.

This time, he's yammering on about a so-far-disappointing robot called Optimus, which the company is supposedly working on.

"Tesla AI Day pushed to Sept 30, as we may have an Optimus prototype working by then," Musk tweeted, adding that "Tesla AI Day #2 will be epic."

We should expect that kind of obvious distraction from the billionaire CEO at this point. It's far from the first time Musk has tried to divert attention away from bad news — he certainly has a knack for pushing his own narrative in the media.

Besides, we have yet to see anything substantial from Tesla's efforts to build a humanoid robot. So far, all we've seen is a render of a sleek adult human-sized android — plus a random person dancing in a black and white spandex suit on the stage of Tesla's last AI day in August 2021.

Even that tiny scrap of information — if you can call it that — may already be obsolete.

When asked if the upcoming prototype will look similar to the one displayed at Tesla's grand opening of its Gigafactory in Texas earlier this year, Musk replied with a curt "no."

Sure, Tesla might wow us with this robot. But we're not holding our breath. Given the carmaker's ongoing struggles and Musk's "super bad feeling" about the economy, it might be a while until Tesla Optimus robots will actually be able to eliminate "dangerous, repetitive and boring tasks," as Musk promised last year.

More on Tesla: This Might Be the Reason Elon Musk Is Firing a Ton of People at Tesla