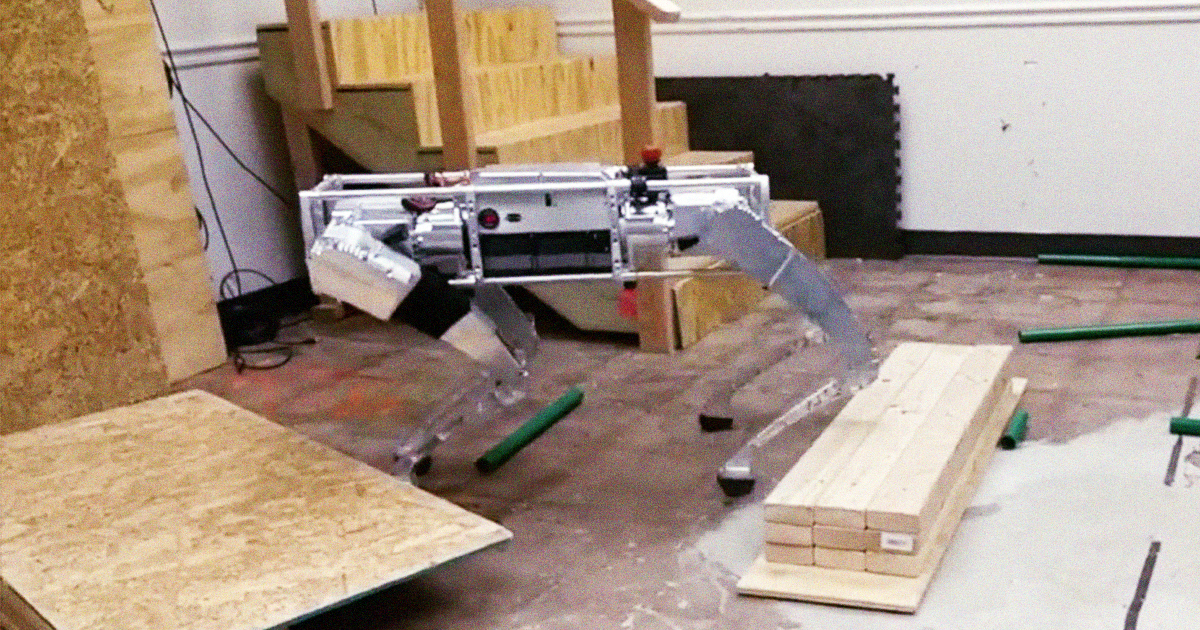 "It’s a friendly creature for society, and it is going to assist people, not replace anyone."

"It’s a friendly creature for society, and it is going to assist people, not replace anyone."

If you watch college football, you know that the cheerleaders for some universities do a push-up for every point their team scores.

But this football season, Virginia Tech has given that old college tradition a futuristic twist — by enlisting a robodog to do the push-ups instead of the school's cheerleaders.

Philadelphia based-robotics company Ghost Robotics built the robodog, which is carried into the end zone every time the Virginia Tech Hokies score during a game.

Then, a PhD student in the school's engineering program uses a remote to instruct the bot to lift itself up and down in something kinda, sorta like a push-up.

The purpose of the robodog is to draw attention to Virginia Tech's engineering program, according to a Washington Post story, and Kaveh Akbari Hamed, an assistant professor of mechanical engineering at the school, is encouraged by the public's response to the robot canine so far.

"When I see that people like it — it’s a friendly creature for society, and it is going to assist people, not replace anyone — it is a very nice moment," he told the Washington Post. "If society likes these kind of things, let’s work harder and make it better and better."

READ MORE: Virginia Tech’s terrifying touchdown robot wants to do push-ups, not take over the world [The Washington Post]

More on robodogs: Boston Dynamics CEO Wants Its Robodogs to Fight Each Other

Dog Days
NYPD Robodog Involved in Arrest of Man With Gun
4. 15. 21
Read More
Adventure Time
See Boston Dynamics’ Robot Dog Tackle an Outdoor Obstacle Course
1. 24. 20
Read More
What is Happening
Elon Musk Sets His Twitter Account to Private
Yesterday
Read More
+Social+Newsletter
TopicsAbout UsContact Us
Copyright ©, Camden Media Inc All Rights Reserved. See our User Agreement, Privacy Policy and Data Use Policy. The material on this site may not be reproduced, distributed, transmitted, cached or otherwise used, except with prior written permission of Futurism. Articles may contain affiliate links which enable us to share in the revenue of any purchases made.
Fonts by Typekit and Monotype.