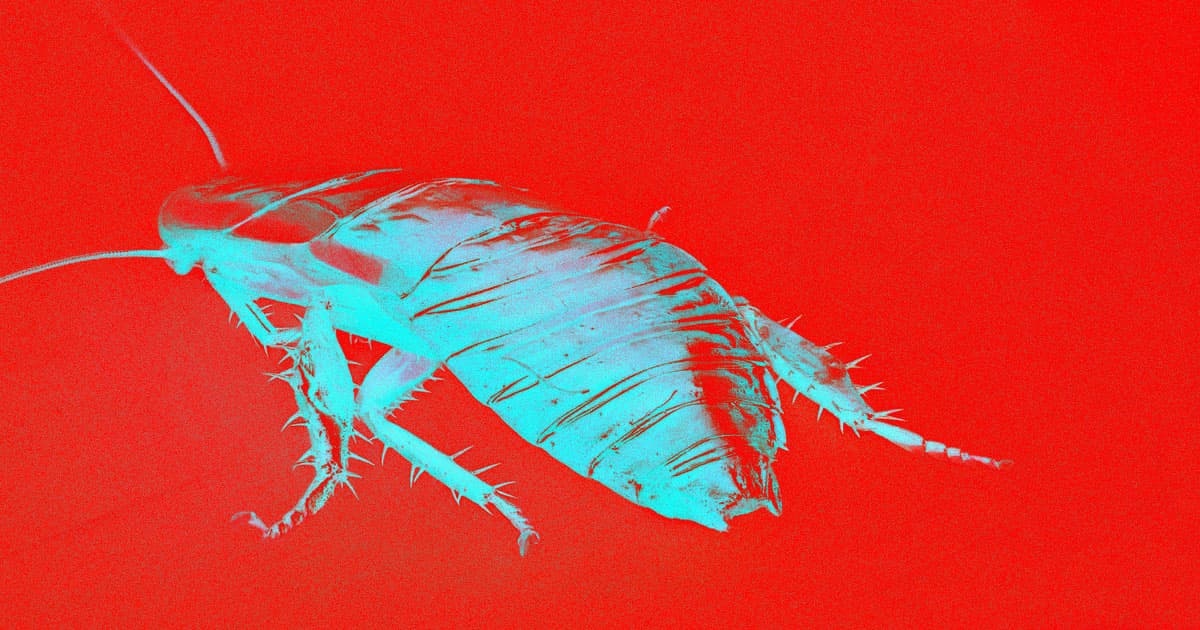 This bot may be tiny, but it's also tough.

This bot may be tiny, but it's also tough.

Despite weighing less than one tenth of a gram, a new robot out of the University of California, Berkeley, can withstand the weight of a 60-kilogram (132-pound) person stepping on it — drawing comparisons to a well-known pest.

“People may have experienced that, if you step on the cockroach, you may have to grind it up a little bit, otherwise the cockroach may still survive and run away," researcher Liwei Lin said in a press release. "Somebody stepping on our robot is applying an extraordinarily large weight, but [the robot] still works, it still functions."

In a paper published on Wednesday in the journal Science Robotics, the UC Berkeley team describes how it built its roach-like robot out of a thin sheet of polyvinylidene fluoride coated in an elastic polymer.

When the researchers zap the robot with an oscillating electric voltage via an attached wire, its small body bends and straightens. This forces the bot to "leapfrog" forward on its single front leg.

Strength isn't the only similarity between the robot and the insects some believe will inherit the Earth. It's also extremely fast for its size, zipping along at a speed of about 20 body lengths per second.

This combination of toughness and speed could make the tiny bot ideal for search-and-rescue applications.

"For example, if an earthquake happens, it’s very hard for the big machines, or the big dogs, to find life underneath debris," researcher Yichuan Wu said in the press release, "so that’s why we need a small-sized robot that is agile and robust."