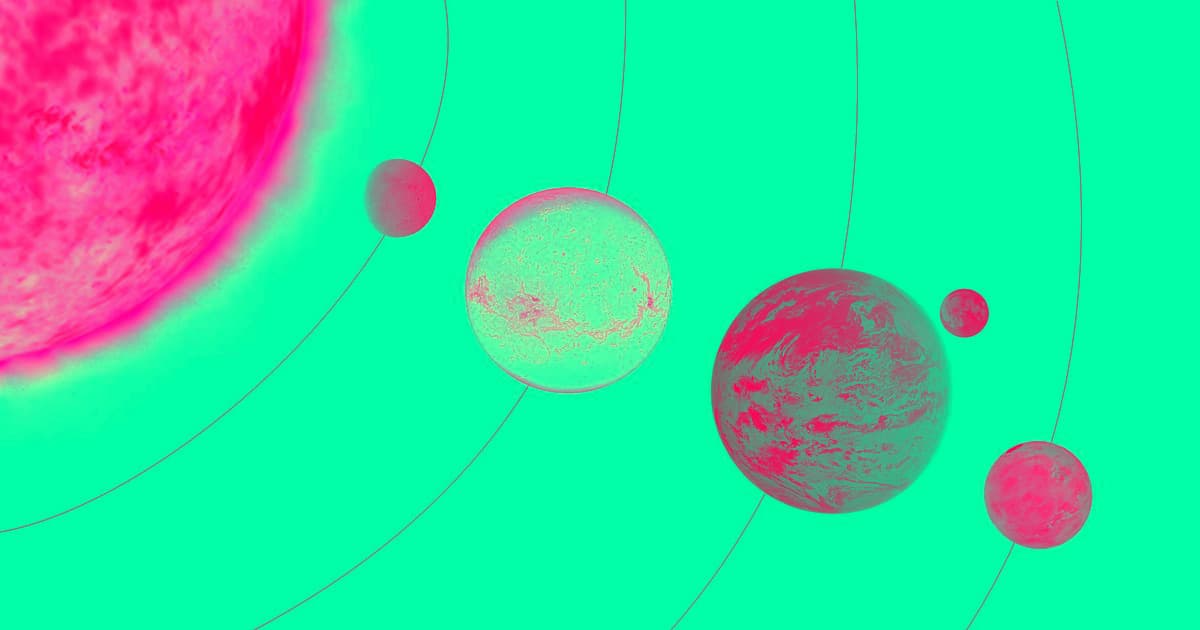 Researcher: Passing Star Could Yeet Earth Out of Solar System

Earth would be "doomed to wander the frozen wastelands of our galaxy, with any life on that planet quickly and permanently erased."

Earth would be "doomed to wander the frozen wastelands of our galaxy, with any life on that planet quickly and permanently erased."

While it's extremely unlikely, there is a chance that incoming stars that whip past the Earth could fling it out of the solar system, argues astrophycisist Paul Sutter on Space.com — the same scientist, you'll recall, who released instructions for building your own DIY wormhole last year.

The apocalyptic result, according to Sutter: Our planet is hurtled "into the depths of interstellar space, doomed to wander the frozen wastelands of our galaxy, with any life on that planet quickly and permanently erased."

The risk is that Earth would receive a "swift kick" from a passing star's gravity, which is what astronomers have often referred to as the "three body problem": the movement of three bodies interacting via gravity is far more chaotic and unpredictable than just two.

"The problem is that with three objects, any little deviation or shift can lead to massive changes in a surprisingly short amount of time," Sutter explained.

According to previous research, a star passing our solar system at the right angle with enough mass would have to "pass within the orbit of Jupiter to have a decent chance of knocking us from our orbit; otherwise, its gravitational influence is just too inconsequential," notes Sutter.

It's a scary thought, but the chances of that happening have been and will remain infinitesimally small.

READ MORE: Can a rogue star kick Earth out of the solar system? [Space.com]

So Close But So Far
Astronomers May Have Spotted a New Planet Around the Nearest Star
2. 10. 21
Read More
Hulk Smash Planets
Watch These Brutal Simulations of Apocalyptic Planetary Collisions
7. 21. 20
Read More
Planet Nein
Astronomers Want to Figure Out What the Hell Planet Nine Is Once and For All
7. 10. 20
Read More
+Social+Newsletter
TopicsAbout UsContact Us
Copyright ©, Camden Media Inc All Rights Reserved. See our User Agreement, Privacy Policy and Data Use Policy. The material on this site may not be reproduced, distributed, transmitted, cached or otherwise used, except with prior written permission of Futurism. Fonts by Typekit and Monotype.