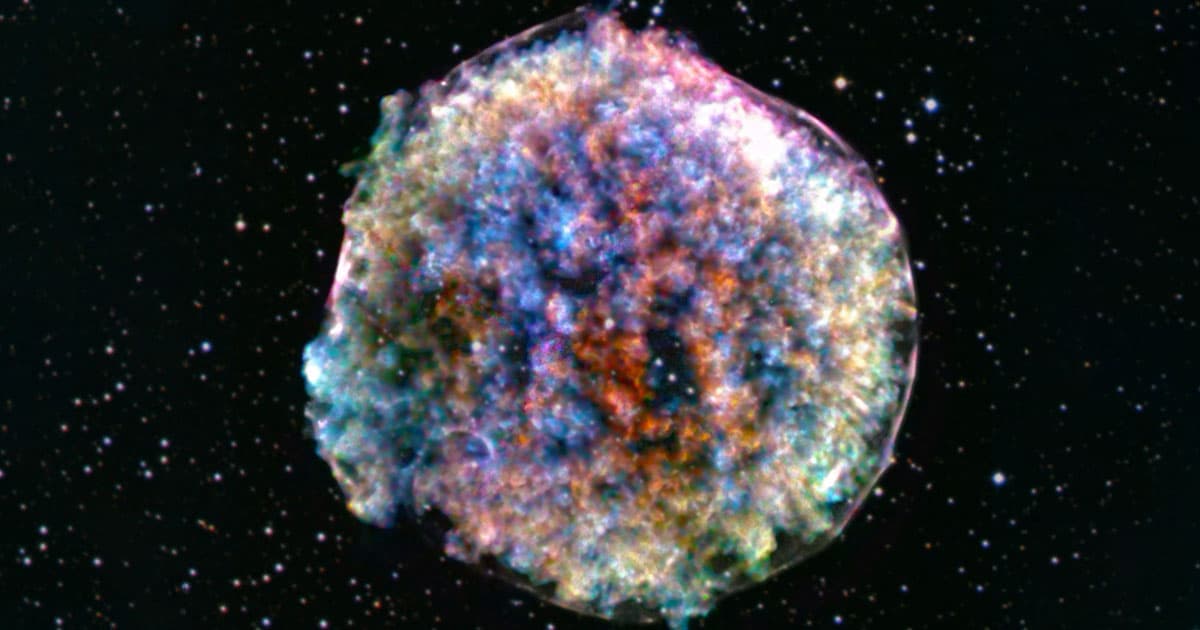 NASA scientists may have finally figured out why a famous supernova resembles a gigantic glob of cotton candy.

The cosmic explosion, named Tycho’s Supernova after the 16th-century astronomer, has long been a source of disagreement among astronomers trying to explain its bizarre clumps, according to Engadget. With new x-ray data and simulations, NASA may have finally settled the debate.

One school of thought argues that the original supernova was smooth but later on something fluffed up the still-expanding explosion, Engadget reports.

Others have argued that something inherent to the actual supernova caused its bizarrely cloud-like clumps, but until the new study — shared on the preprint server ArXiv earlier this year and more-recently published in The Astrophysical Journal — neither group found conclusive evidence.

To settle the debate, scientists compared new data from the Chandra X-ray Observatory to simulations of what the supernova would look like if either group were correct. The new observations very nearly resembled the model in which the supernova formed a fluffy shape itself rather than the one where it was molded by some external factor.

Now scientists are trying to sort out why, exactly, it detonated the way it did.

“While scientists are not sure how, one possibility is that star’s explosion had multiple ignition points,” a NASA spokesperson told Engadget, “like dynamite sticks being set off simultaneously in different locations.”

READ MORE: A star died violently and left behind this ‘fluffy’ ball [Engadget]