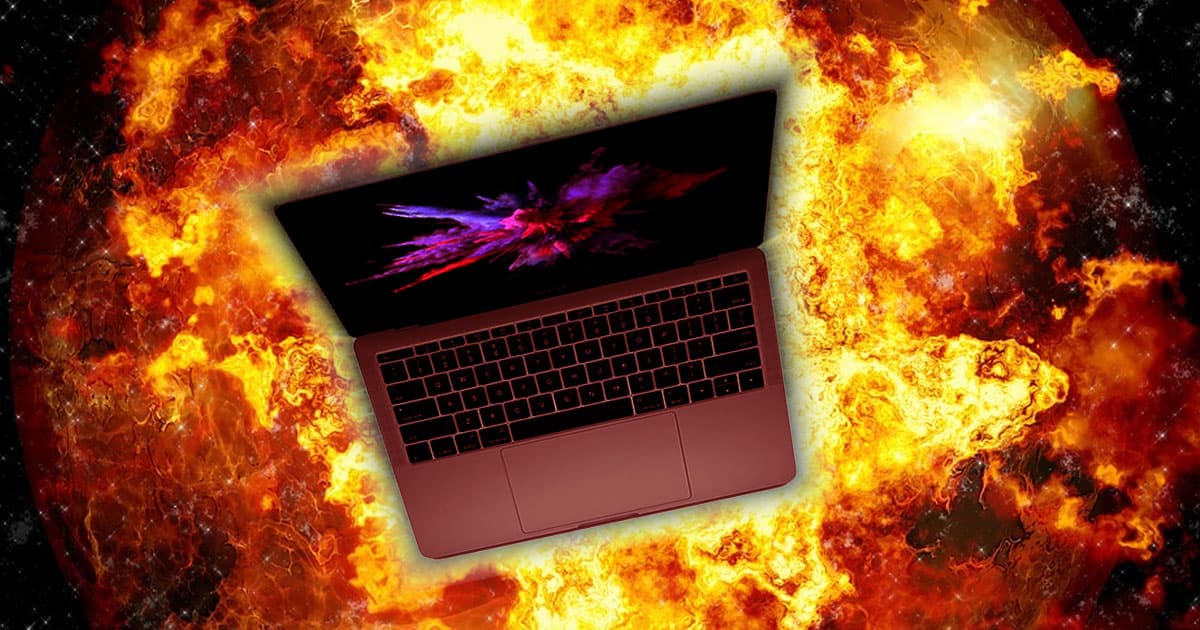 But its plans to enforce the ban aren't clear.

But its plans to enforce the ban aren't clear.

In June, Apple issued a recall on 15-inch MacBook Pros sold between September 2015 and February 2017, after determining that the computers' batteries "may overheat and pose a fire safety risk."

"My MacBook Pro exploded today during normal use," complained one user. "No injuries, luckily. Some damage to the house. Could have been worse — good thing I wasn’t on a plane."

Now, the U.S. Federal Aviation Administration is banning anyone from bringing the recalled MacBooks on flights — though it's not clear how it plans to enforce the ban.

This isn't the first time the FAA has had to deal with exploding electronic devices — following Apple's latest recall, it pointed airlines toward the safety instructions for recalled batteries it established back in 2016, the year Samsung's Galaxy Note 7 smartphones were catching fire.

However, even that document notes that "active screening methods at the point of acceptance or check-in may be difficult," since the recalled devices look practically identical to other electronics.

Thankfully, Apple has offered to replace the defective batteries free of charge.

To find out if your computer is one of the ones affected, visit Apple's website — ideally, well before your next scheduled flight.