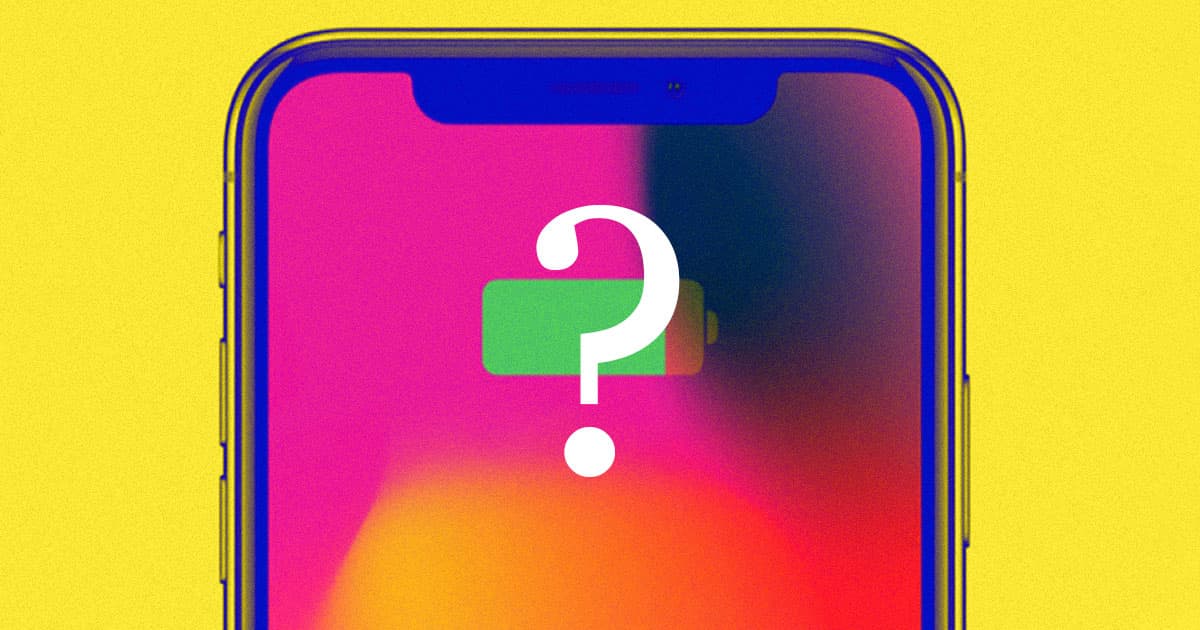 It's an obvious attempt to stamp out third-party repair shops.

It's an obvious attempt to stamp out third-party repair shops.

Tech giant Apple is activating a software lock on its latest iPhones, causing an annoying message to show up on any devices that are using third party batteries not authorized by Apple — and hiding data about the health of the battery. Big picture, it seems like an obvious attempt to stamp out third-party repair shops.

“You can’t put a battery in a customer’s phone and have them see ‘service’ without them saying something,” Justin Ashford, who designs aftermarket iPhone parts in China, told Motherboard. “It erodes trust from the clientele, and makes us look like we don’t know what we’re doing.”

Just like a “Check Engine” light in your car, the “Service” message won’t go away, even if iPhone owners opt to later change the battery for an official one. Motherboard called it a “nightmare scenario for independent iPhone repair companies.”

Even older battery replacements from Apple itself won’t make the message go away. The only way to get rid of the message is — you guessed it — to take it to an Apple Store or Apple Authorized Service Provider and get them to “authenticate” the battery.

It sends a damning signal to those who want to fix their iPhone themselves without bringing it in to an Apple Store — and shelling out substantially more money in the process.