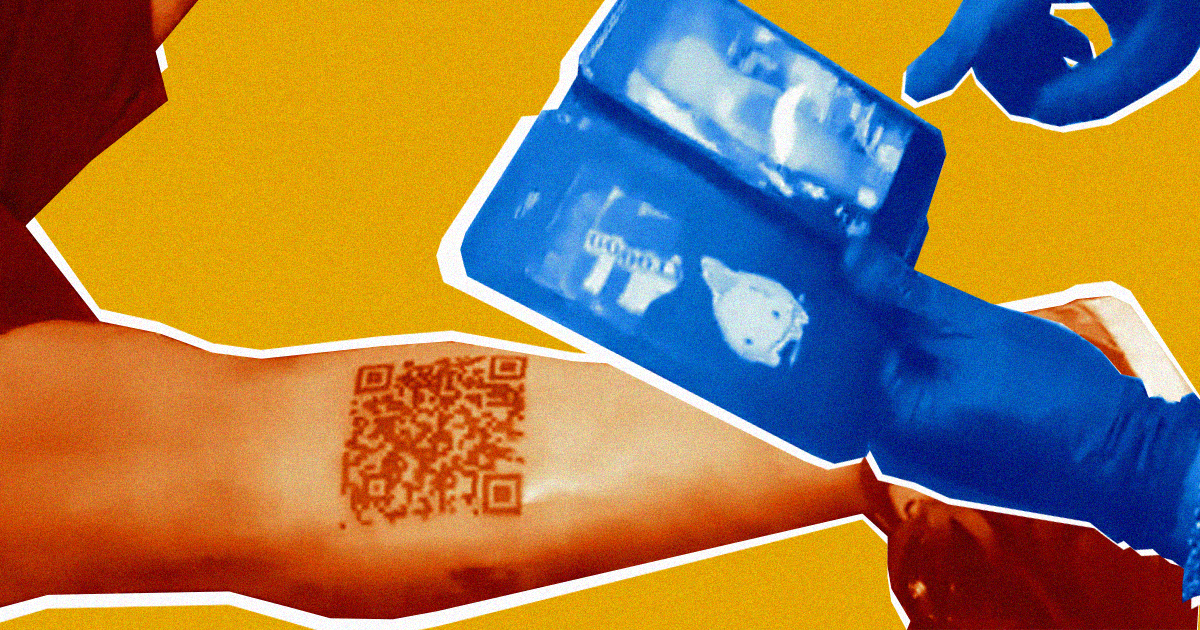 Tattoos, unlike social media, are written in ink.

Tattoos, unlike social media, are written in ink.

Tattoos provide unusual snapshots, frozen in time, of a person's life. Children, immortalized on a bicep tattoo, grow up. Quotations once considered profound may lose meaning after years resting on someone's ribcage.

At least, that’s what happened to one fan of Argentina's River Plate soccer team who got the QR code linking to a triumphant highlight video. It was an innovative, high-tech tribute. The only problem is that a rival team's fans responded by flooding to YouTube and reporting the video for copyright infringement as a prank, according to The Independent — which ended up with the video vanishing.

What does the incident represent? We don't know. Maybe it's equal parts comedy, tragedy, and a warning about the impermanent nature of the internet.

A River Plate fan got a QR code tattooed on them that shows the Copa Libertadores final goals against Boca Juniors whenever you scan it with your phone. 😂

Some QR codes can be changed after the fact, Gizmodo reports, but there's a chance that the tattoo's functionality may someday return. A YouTube spokesperson told Gizmodo that the YouTube account to which the tattoo linked set the video to private, perhaps in response to all of the copyright infringement reports.

Until then, the tattoo is unfortunately just as functional and fashionable as any other picture of a blotchy square.

READ MORE: Man gets QR code tattoo linking to YouTube video of his favourite team, before Twitter users get footage removed for copyright infringement [The Independent]

More on the internet deletion: Microsoft is Closing an eBook Store, Deleting All Books You Bought

New Airpods
Stanford Scientist Says In-Ear Gadgets Will Monitor Our Brains
5. 3. 19
Read More
Cool Specs
For a Thousand Bucks, You Can Get the First Non-Dorky Smart Glasses
10. 23. 18
Read More
Artificial Intelligence and Cyborgs: What Will Humanity Look Like a Century From Now?
3. 3. 16
Read More
+Social+Newsletter
TopicsAbout UsContact Us
Copyright ©, Camden Media Inc All Rights Reserved. See our User Agreement, Privacy Policy and Data Use Policy. The material on this site may not be reproduced, distributed, transmitted, cached or otherwise used, except with prior written permission of Futurism. Articles may contain affiliate links which enable us to share in the revenue of any purchases made.
Fonts by Typekit and Monotype.