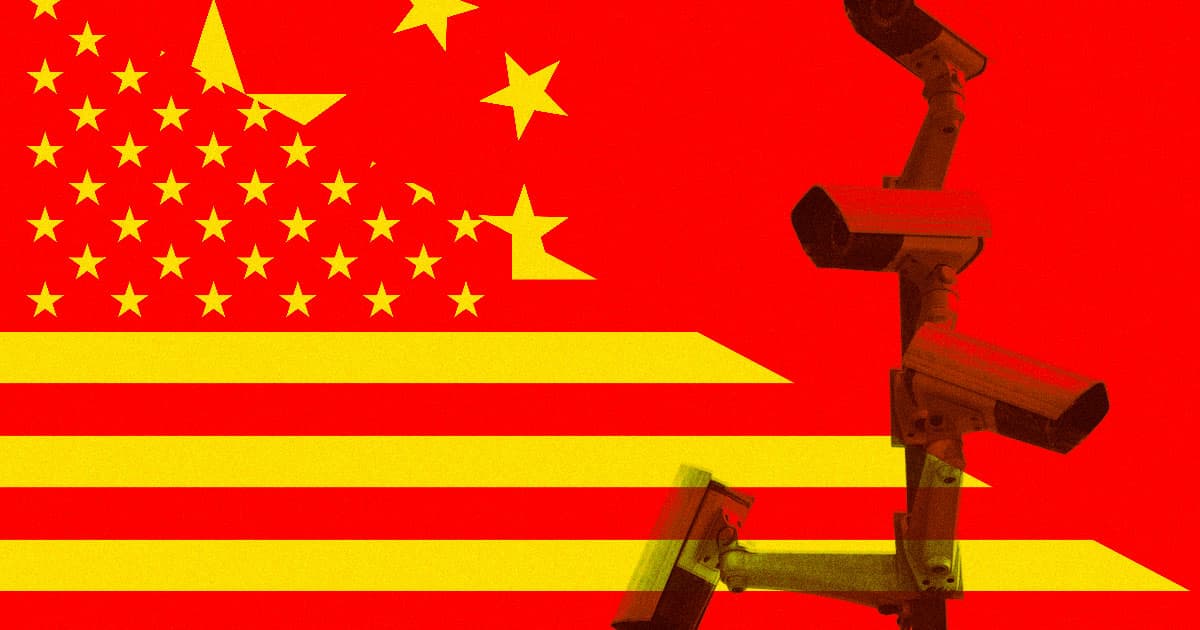 Professor: US Surveillance State Is a Lot Like China's

Both nations are using tech to control their minority populations.

Both nations are using tech to control their minority populations.

Between its social credit system, car-tracking chips, and widespread use of facial recognition tech, China has earned a reputation as a surveillance state the likes of which previously only existed in dystopian fiction.

But in a scathing new piece for Quartz, David Carroll, an associate professor of media design at Parsons School of Design, argues that the United States is an equally brutal surveillance state — specifically in terms of how it uses technology to control a minority population.

In China, members of the mostly-Muslim ethnic group the Uighurs live under some of the nation's most intense surveillance measures — and if this surveillance reveals something the government doesn't like, Uighurs are sent to concentration camps China prefers to call "re-education camps."

In the U.S., meanwhile, the surveillance focus is on immigrants who've entered the country illegally — but the means of controlling the population isn't all that different.

As Carrol wrote in Quartz, Immigration and Customs Enforcement agents are now equipped with an app that has a user interface "seemingly optimized for ethnic cleansing" to help them "pinpoint targets for deportation."

The U.S. even has its own version of not-concentration-camps in its "detention facilities."

"Pointing at China’s oppression of the Uighur peoples makes us feel better about the caged baby asylum seekers, all alone in Texas, wearing weeks-old diapers under 24-hour fluorescence on cold concrete," Carroll wrote. "But ignoring the problem at the border doesn’t fix it."

READ MORE: China embraces its surveillance state. The US pretends it doesn’t have one. [Quartz]