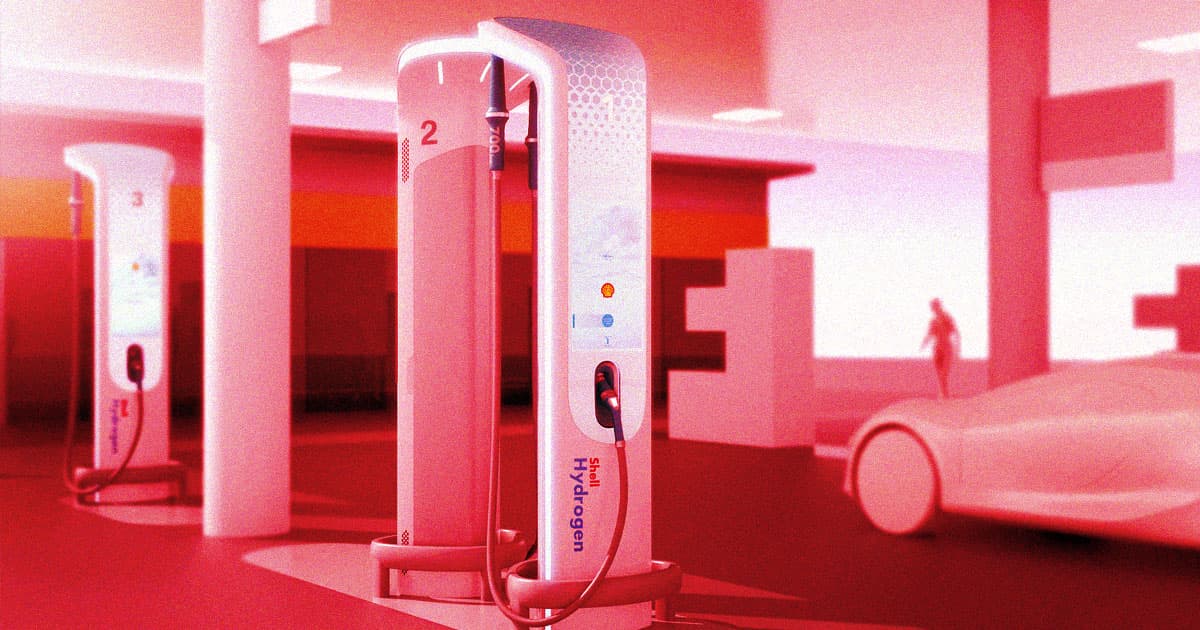 It's almost like there's an industry benefitting from preventing electrification...

It's almost like there's an industry benefitting from preventing electrification...

A key climate researcher published an op-ed late last month declaring that hydrogen-powered cars are a bad idea — and a terrible way to solve the climate crisis.

Anthony Patt is a professor in Zurich, Switzerland in the department of environmental systems science at the Swiss Federal Institute of Technology (ETH Zurich). Writing for the institute's website, he opined that fossil fuels used in both heating and ground transportation should be replaced with renewable electricity instead — and not, he made it abundantly clear, hydrogen power.

"One of the most serious threats to all of this is masquerading as clean energy's friend: hydrogen," Patt wrote.

Patt's objection is that hydrogen functions as an energy carrier, rather than an energy source, and can be created in three ways. Gray hydrogen, which is the most commonly produced, creates carbon dioxide and methane emissions, which is pretty much the opposite of eco-friendly. Blue hydrogen is made from natural gas, which is also a crummy long term solution. And green hydrogen doesn't direct produce emissions — but you need electricity to make it, so in Patt's analysis, why not just use renewable electricity directly instead?

If hydrogen isn't all that eco-friendly, why all the hype? Patt says the EU's hydrogen strategy envisions hydrogen as a key energy carrier for ground transport and heating, and would dedicate billions of Euros in public funding infrastructure and planning. This level of enthusiasm, he says, is due to — wait for it — the fossil fuel industry.

There's a legitimate debate between the hydrogen and battery crowd, and although batteries are currently winning in mass adoption, the issue is far from settled. One ally of Patt's, though? Tesla CEO Elon Musk, who never misses an opportunity to lampoon hydrogen vehicles.

More on end times fun: Scientists Are Building a 'Black Box' to Record End of Civilization