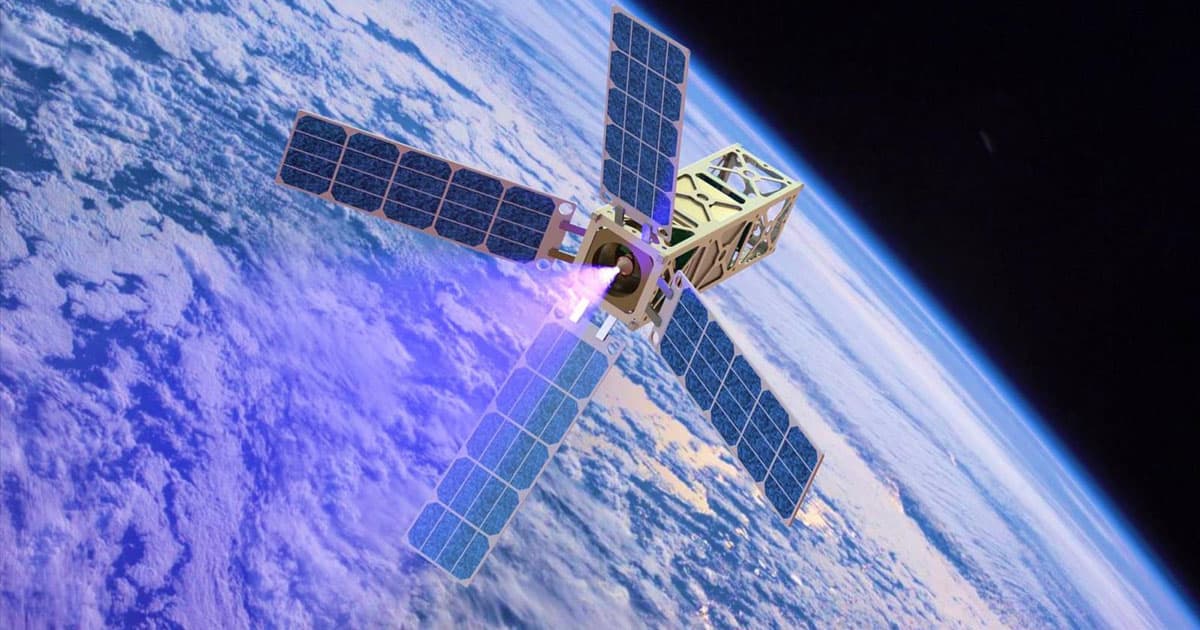 Give Me A Boost

The new thruster could push fleets of CubeSats farther into orbit.

The new thruster could push fleets of CubeSats farther into orbit.

Future satellites could make their way deeper into space than ever before thanks to a new plasma-fueled thruster.

The new thruster, built by engineers at the Princeton Plasma Physics Laboratory, could open up a whole new realm of scientific research, according to a Princeton press release. That's because the thruster could finally give the tiny satellites called CubeSats the ability to move between the upper and lower bounds of orbit — a spectacular leap toward comprehensive orbital infrastructure.

The thrusters on the new satellites allow for a much efficient impulse than existing systems — meaning they can do a lot more with the small amount of plasma fuel that can fit in them.

With existing thrusters powered by conventional gas or rocket fuel, CubeSats can't efficiently navigate to different altitudes after they're launched. The plasma-powered thrusters, according to the Princeton engineers who built it, could change that.

For example, the press release details how a satellite could use the plasma thruster to descend into a lower orbit, from which it could monitor storms and other weather conditions on earth. When it's done, it would be able to climb back up to a higher orbit.

"Essentially, we will be able to use these miniature thrusters for many missions," said Princeton physicist Yevgeny Raitses.

More on CubeSats: Pepsi Plans to Project a Giant Ad in the Night Sky Using Cubesats