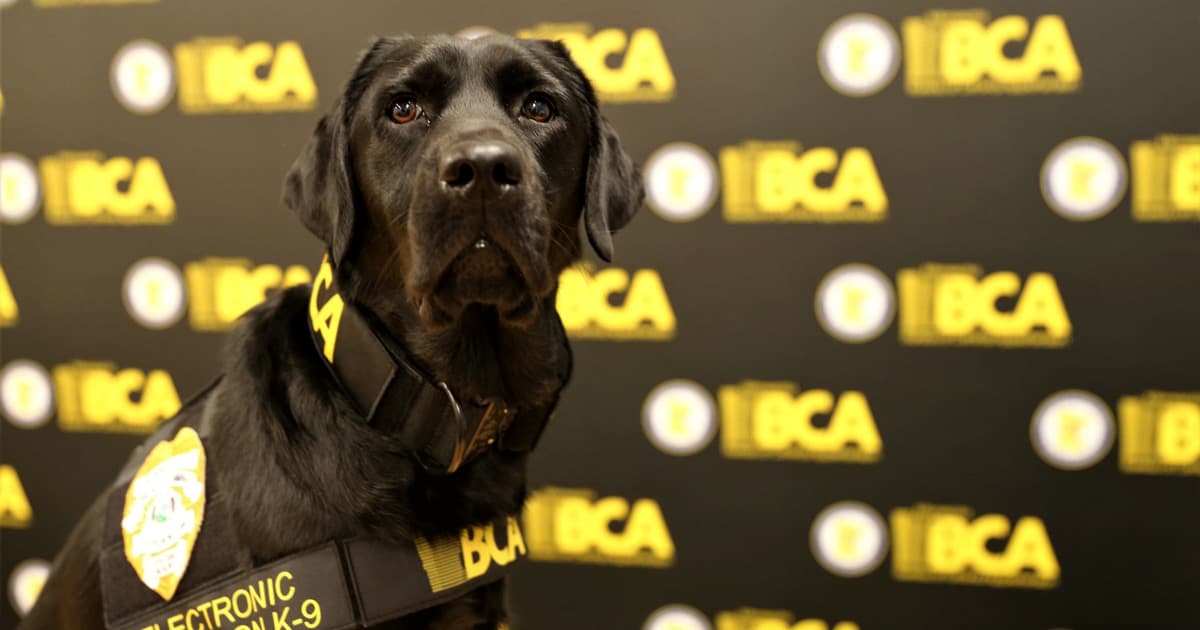 Police Trained a Dog to Sniff Out Electronic Evidence

Cops say it will help them arrest pedophiles.

Cops say it will help them arrest pedophiles.

State police in Minnesota say they've trained a dog to sniff out electronics that could be storing incriminating evidence.

Sota, a British Labrador trained to find small electronics like USB drives or SD cards, according to the Star Tribune. The dog is an unusual law enforcement tool, especially in an era of bloated police budgets spent on excessive equipment, though cops say Sota is valuable.

It's hard to imagine a realistic scenario where one might need a dog to find electronics, but the Star Tribune reports that Sota has helped find hidden evidence related to financial crimes or predatory crimes committed by pedophiles at ten crime scenes.

The police department told the Star Tribune that Sota would be particularly useful if, for instance, a suspect was to fling away a micro SD card while fleeing police who wouldn't be able to find it on their own.

Of course, Sota and any similarly-trained dogs can't tell whether a storage device would actually contain incriminating evidence.

Rather, she can merely determine that an electronic storage device, overlooked by human cops, is present.

More on police: Here Are a Bunch of Photos of Cops Not Wearing Masks

Brands We Love
These Monthly Arduino Projects From Creation Crate Make Coding and Electronics Fun
7. 7. 19
Read More
Scientists Made a Two-Dimensional Material That's Never Been Seen in Nature
10. 19. 17
Read More
New Material Could Lead to Devices That You Only Need to Charge Once Every Three Months
6. 27. 17
Read More
+Social+Newsletter
TopicsAbout UsContact Us
Copyright ©, Camden Media Inc All Rights Reserved. See our User Agreement, Privacy Policy and Data Use Policy. The material on this site may not be reproduced, distributed, transmitted, cached or otherwise used, except with prior written permission of Futurism. Articles may contain affiliate links which enable us to share in the revenue of any purchases made.
Fonts by Typekit and Monotype.