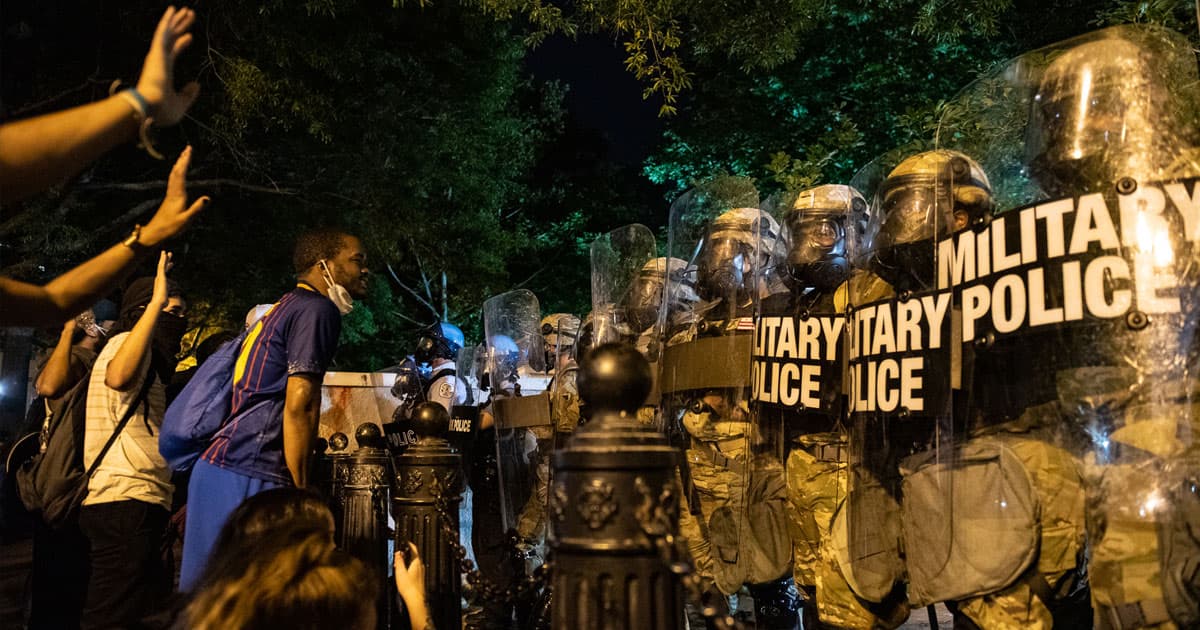 Here's How Deadly Military Tech Ended up in Police Hands

"Our research suggests that officers with military hardware and mindsets will resort to violence more quickly and often."

"Our research suggests that officers with military hardware and mindsets will resort to violence more quickly and often."

For the last 23 years, the Pentagon has funneled over $7.4 billion of military gear, vehicles, and weaponry to more than 8,000 police departments.

The "1033 program," created through 1997's National Defense Authorization, grants the military the power to pass surplus equipment to police who need only pay the cost of shipping, Wired reports. It's like a federal hand-me-down program — except instead of old clothes, it's military-grade tactical gear that's been deployed against peaceful demonstrators on American soil.

Advocates for the program argue that access to military gear improves public safety, while other researchers point to data suggesting that it makes police more violent. Unfortunately, Wired reports, it's difficult to tell due to spotty record-keeping over the years.

“The federal government doesn't really keep track of a lot of this equipment that goes to local law enforcement agencies," Louisiana State University political scientist Anna Gunderson told Wired. "The agencies themselves are inconsistent in keeping track. That just makes it really difficult for anyone to try to learn about the program or study it to try and analyze it, because we don’t have a very clear understanding what kinds of equipment actually are in the hands of these agencies."

What is clear, though, is that there are no standards for how police should use the gear once they get it. Wired reports that the Pentagon doesn't provide training to police and tends to leave them to their own devices.