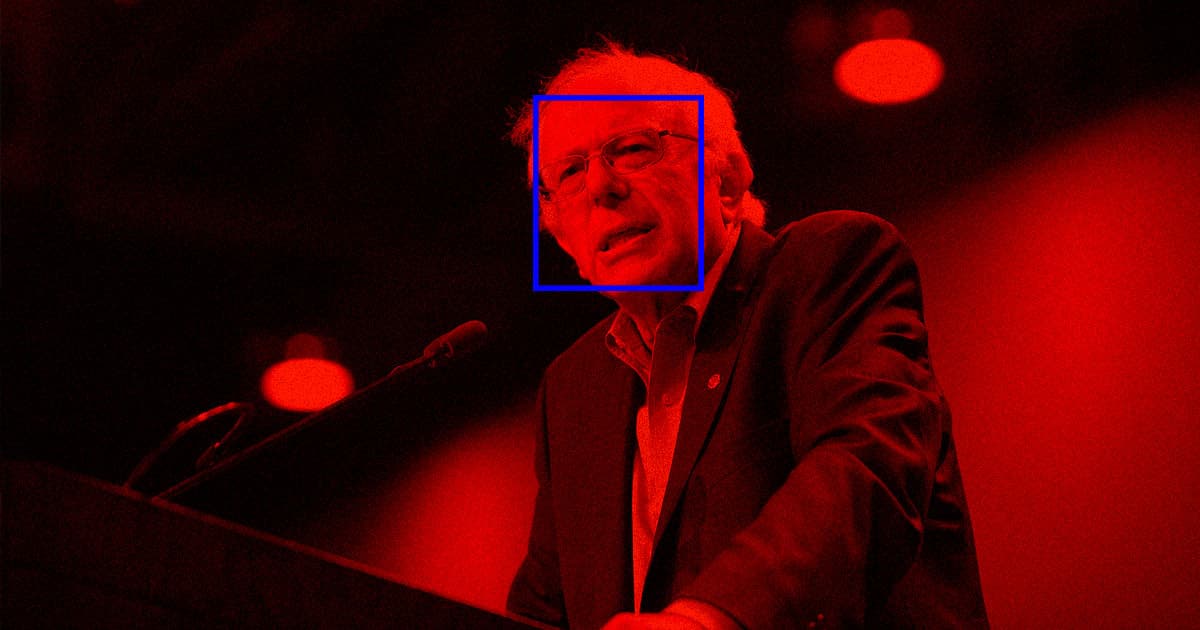 It's part of his broader proposals for police reform.

It's part of his broader proposals for police reform.

Bernie Sanders announced this weekend that he would bar law enforcement agencies from using facial recognition systems if he's elected president in 2020.

The ban is part of Sanders' broader ideas to reform American policing, which would also involve barring cops from buying military equipment, The Verge reports. Sanders is the first to call for a full federal ban on policing facial recognition, which is often misused to overpolice and otherwise target racial minorities and other vulnerable populations — though some cities, like San Francisco, beat him to the punch with local legislation.

Sander's policing overhaul is focused on ending exploitative practices currently in use by law enforcement, including managing facial recognition databases, using military weapons and vehicles, and signing contracts with privately-owned prisons. It would also impose stronger standards on how police are required to use their body cameras, according to The Verge.

"Police use of facial recognition software is the latest example of Orwellian technology that violates our privacy and civil liberties under the guise of public safety and it must stop," a Sanders campaign spokesperson told Recode. "Bernie is proud to join cities like San Francisco in banning the use of this technology for policing, and as President will enact a nationwide ban on facial recognition software for policing, including at the state and local levels."

READ MORE: Bernie Sanders calls for a ban on police use of facial recognition [The Verge]

From the Dept. of Bad Ideas
Cops Upload Image of Suspect Generated From DNA, Then Delete After Mass Criticism
Oct 9
Read More
Dron't
Drama Engulfs Plan to Zap School Shooters With Taser-Toting Drones
Jun 4
Read More
Hell on Earth
Internet Aghast at AI Facial Recognition Used to Identify Dead Russian Soldiers
Apr 16
Read More
+Social+Newsletter
TopicsAbout UsContact Us
Copyright ©, Camden Media Inc All Rights Reserved. See our User Agreement, Privacy Policy and Data Use Policy. The material on this site may not be reproduced, distributed, transmitted, cached or otherwise used, except with prior written permission of Futurism. Articles may contain affiliate links which enable us to share in the revenue of any purchases made.
Fonts by Typekit and Monotype.