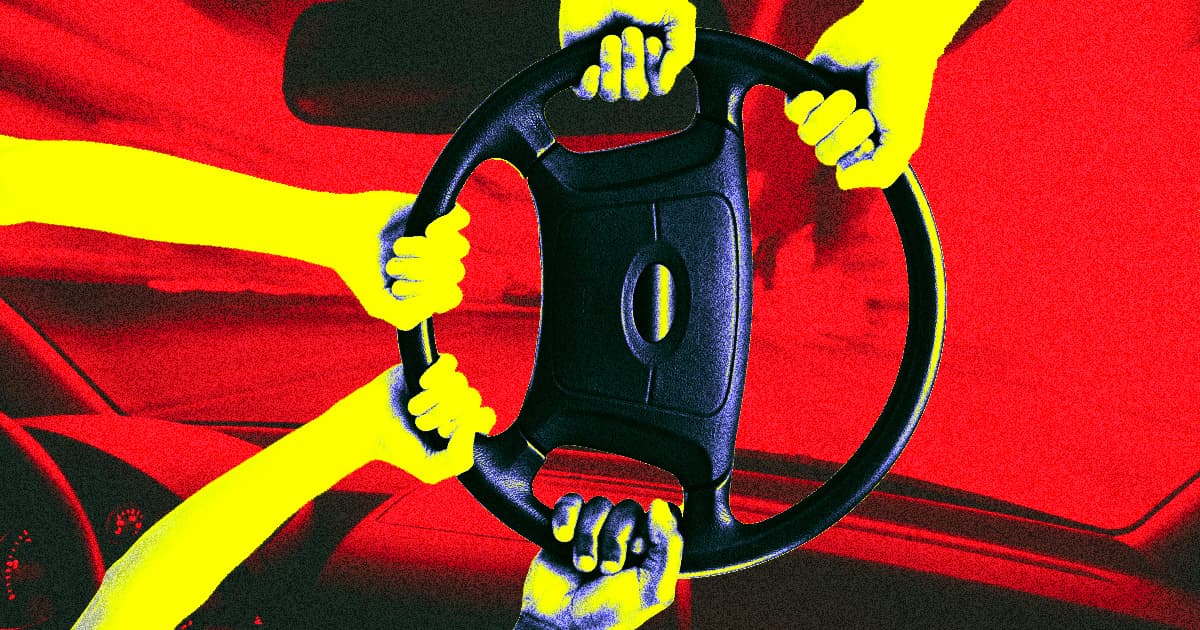 Can We Please Stop With These Offensively Stupid "Robotaxis"?

If there's a "safety driver" behind the wheel, it's just a marketing shtick.

If there's a "safety driver" behind the wheel, it's just a marketing shtick.

Oh great, now there's another batch of "driverless" robotaxis hitting the streets. Except, unsurprisingly, there's a human "safety driver" at the wheel who's ready to intervene at any moment. That human, skeptics will point out, could just drive the taxi themselves, obviating the whole "self driving" dog and pony show.

And yet, after selling its doomed autonomous vehicle division in 2020 in the wake of a tragic and fatal accident, Uber is now back with self-driving taxis in Las Vegas. Whoop-de-doo.

This time around, Uber isn't designing the self-driving tech itself, but is instead using cars built by autonomous vehicle company Motional, a joint venture between Hyundai and Aptiv, The Verge reports. Motional is also partnered with direct rival Lyft, which beat Uber to the punch with a robotaxi service of its own in August.

In an apparent bid to drum up excitement, Motional announced that its taxis will be fully driverless by 2023 (we've heard that one before). So no more safety drivers, in other words. Somehow, less safety is the selling point here. Can they just knock off the hype bait until they have something real to show off?

Bereft of anything interesting to offer, at least the service is currently free. Uber says it will start charging fares in the future after its driverless commercial launch, according to Reuters.

The launch of a robotaxi service in your city was at one point a somewhat novel development, in other words, but now merely something to roll your eyes at.

And existing robotaxi services, like GM's which launched over the summer, have been turning heads for all the wrong reasons, like some of its taxis simultaneously shutting down in the middle of a road or crashing into oncoming traffic while making an "unprotected" left turn, injuring two passengers.

Really, the whole thing just leaves you wondering why we need these autonomous cabs over a regular Uber or taxi that employs a real human.

And besides, why call them robotaxis when there needs to be a person in the driving seat?

More on robotaxis: As Elon Musk Promises Human Brain Implants in 6 Months, Remember He Promised a Million Tesla Robotaxis by 2020

Red Light
Godfather of Self-Driving Cars Says the Tech Is Going Nowhere
10. 9. 22
Read More
Kiddy League
Tesla Fans Put Child in Path of Moving Tesla on Self-Driving Mode
8. 15. 22
Read More
Self-Delusion
Experts Alarmed by Videos of Tesla Full Self-Driving Totally Screwing Up
2. 12. 22
Read More
+Social+Newsletter
TopicsAbout UsContact Us
Copyright ©, Camden Media Inc All Rights Reserved. See our User Agreement, Privacy Policy and Data Use Policy. The material on this site may not be reproduced, distributed, transmitted, cached or otherwise used, except with prior written permission of Futurism. Articles may contain affiliate links which enable us to share in the revenue of any purchases made.
Fonts by Typekit and Monotype.