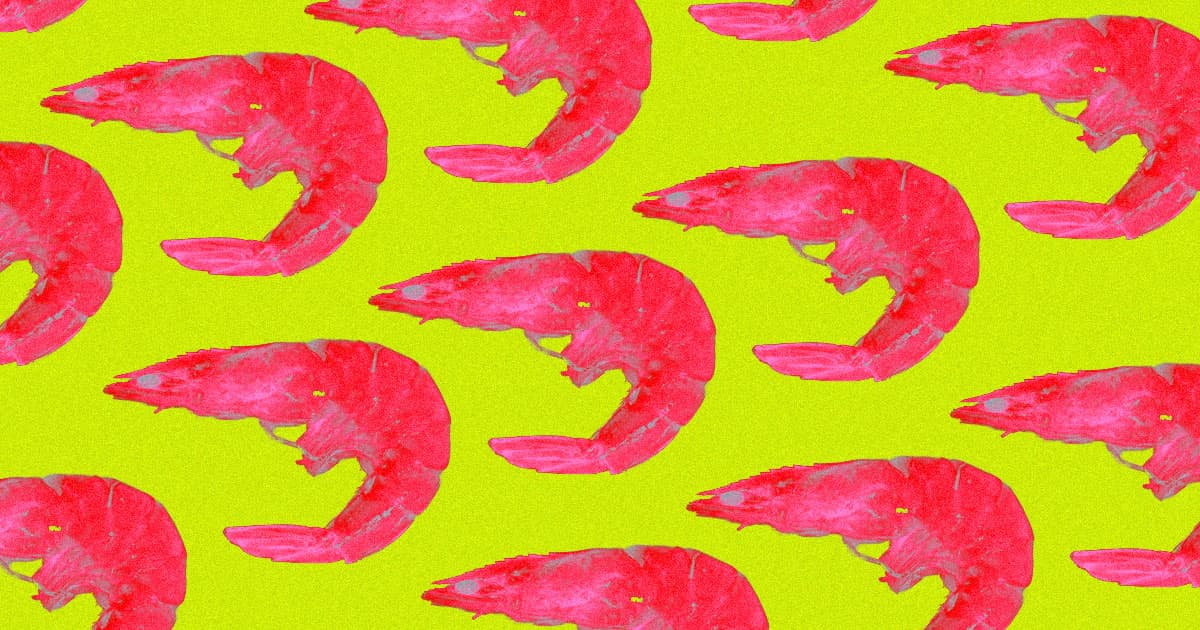 Plant-Based Shrimp is Coming to a Stir-Fry Near You

"It has to provide the bite and texture and characteristic snap of shrimp."

"It has to provide the bite and texture and characteristic snap of shrimp."

Ready or not, "alt-shrimp" — a term newly coined by The Washington Post — is almost here.

Multinational food corp Tyson Foods today announced its investment in New Wave Foods today, a Silicon Valley startup that's preparing to the flood the markets with its plant-based take on shrimp next year.

"This is the first disrupter in this particular kind of protein, and there’s a clear advantage to coming in and being the first disruptive shrimp," New Wave chief executive Mary McGovern told WaPo.

New Wave Foods finds itself in a rapidly growing market, with companies including Impossible Foods and Beyond Meat leading the field with their plant-based-yet-meatlike food products.

The shrimp will be made from seaweed extract and plant protein — plus a bunch of top-secret ingredients.

"We have been wholly focused on making this a product for the flexitarian," New Wave chief technology officer Michelle Wolf told the Post. "It has to provide the bite and texture and characteristic snap of shrimp. It was critical to get the texture, so much of the work has gone into that."

There are plenty of advantages to ending our reliance on real shrimp: the shrimp market has been infamously inconsistent, with supplies and pricing varying wildly.

And according to the World Wildlife Fund, farmed shrimp can be harshly detrimental to wetland ecosystems. In fact, according to a 2018 study, the rapidly rising demand for shrimp could have a direct impact on climate change.

READ MORE: Tyson launches alt-shrimp made from plants — and it could be jumbo [The Washington Post]

Going Meatless
There's a Huge, Angry Backlash Against Fake Meat
10. 8. 19
Read More
Have It Your Way
Burger King's Impossible Whopper Is Going Nationwide on August 8
8. 1. 19
Read More
In the Future, the Meat You Eat Won't Come From Living Organisms
12. 12. 17
Read More
+Social+Newsletter
TopicsAbout UsContact Us
Copyright ©, Camden Media Inc All Rights Reserved. See our User Agreement, Privacy Policy and Data Use Policy. The material on this site may not be reproduced, distributed, transmitted, cached or otherwise used, except with prior written permission of Futurism. Articles may contain affiliate links which enable us to share in the revenue of any purchases made.
Fonts by Typekit and Monotype.