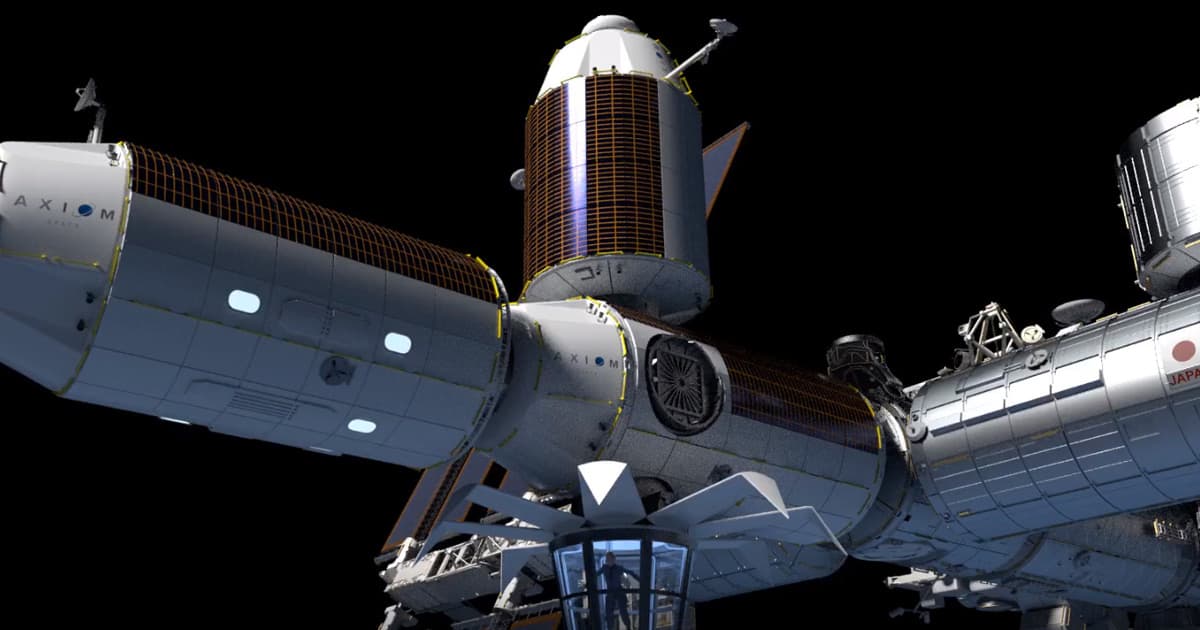 Talk about a room with a view.

Talk about a room with a view.

NASA announced last week that it's moving forward with a plan to commercialize the International Space Station (ISS) — and that the private company Axiom Space will develop a "space hotel" to tack onto the orbital space station.

Now, Axios has obtained more details about the plan, which will see a shift from NASA providing orbital services itself to depending more heavily on private companies take the helm.

It's a marked shift in priorities for a space agency that's spent over 20 years helping run the ISS.

Any Axiom-run space hotel is still several years away, Axios reports. The company's plan is to launch its first module by the end of 2024, followed by two more modules — one for habitation and one for manufacturing — over the course of the next year.

But even before that, Axiom crews will become a regular sight on the ISS. Company cofounder Michael Suffredini told Axios that it already booked tickets to the ISS on rockets that will launch starting next year.

"We're beginning these flights early in order to set the cadence and the rhythm," Suffredini said.

The ISS is expected to be retired at some point in the future — past reports suggest some time between 2024 and 2028.

When that happens, Axios reports that the Axiom Space modules will detach, and the private company will continue to operate its own space station for the foreseeable future.

More on the space station: NASA Has a Plan To Encourage Private Space Stations