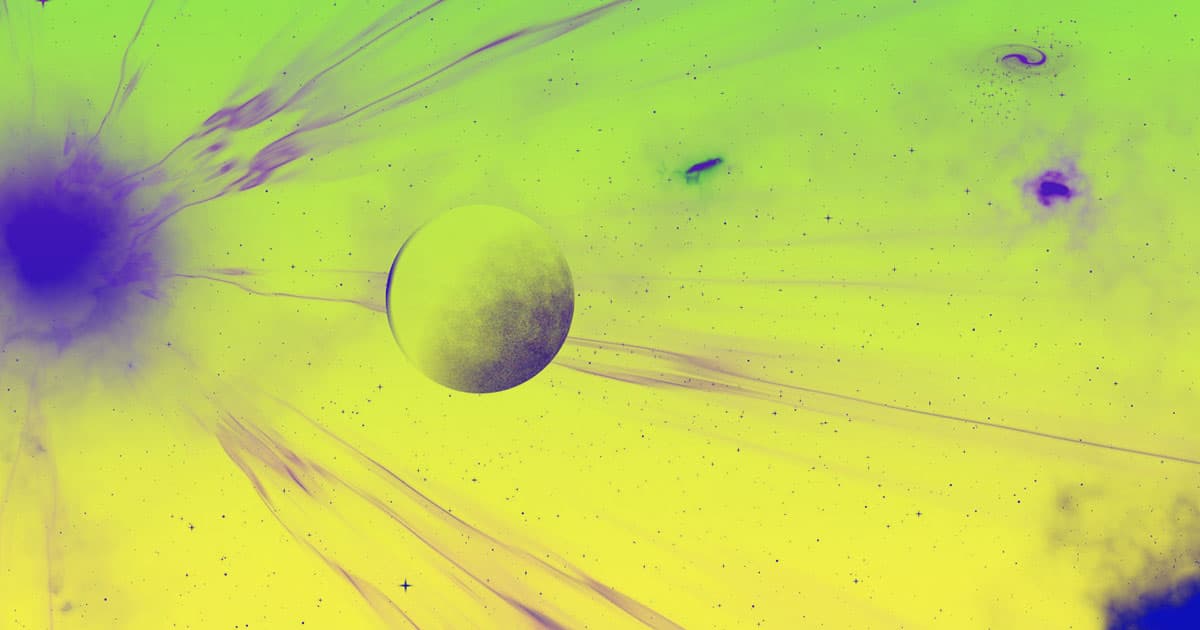 Because, as we all know, planets orbiting stars are called "slanets."

Because, as we all know, planets orbiting stars are called "slanets."

A team of scientists was studying how new exoplanets could form around black holes when they ran into a serious problem: figuring out what to call the class of theoretical worlds.

But fret not. They now have a name, ScienceAlert reports, and that dubious name is “blanet.”

The actual process, according to the Kagoshima University scientists behind the research submitted to The Astrophysical Journal for peer review last week, would be fairly similar to how regular planets form around stars, just under more extreme conditions.

As dust and gas whirl around a black hole, it could gradually clump together to form a new world — just so long as it’s far enough away to not get gobbled up by the black hole’s gravitational pull.

Though the processes of blanet and planet formation are fairly similar, the end results can be extremely different.

For instance, the research found that blanets could theoretically grow to be anywhere between 20 and 3,000 times more massive than Earth, which Science Alert notes is the highest possible mass a world can reach before it stops being a pla- sorry, a blanet, and is instead classified as a brown dwarf.

READ MORE: We Have Ploonets. We Have Moonmoons. Now Hold Onto Your Hats For… Blanets [Science Alert]