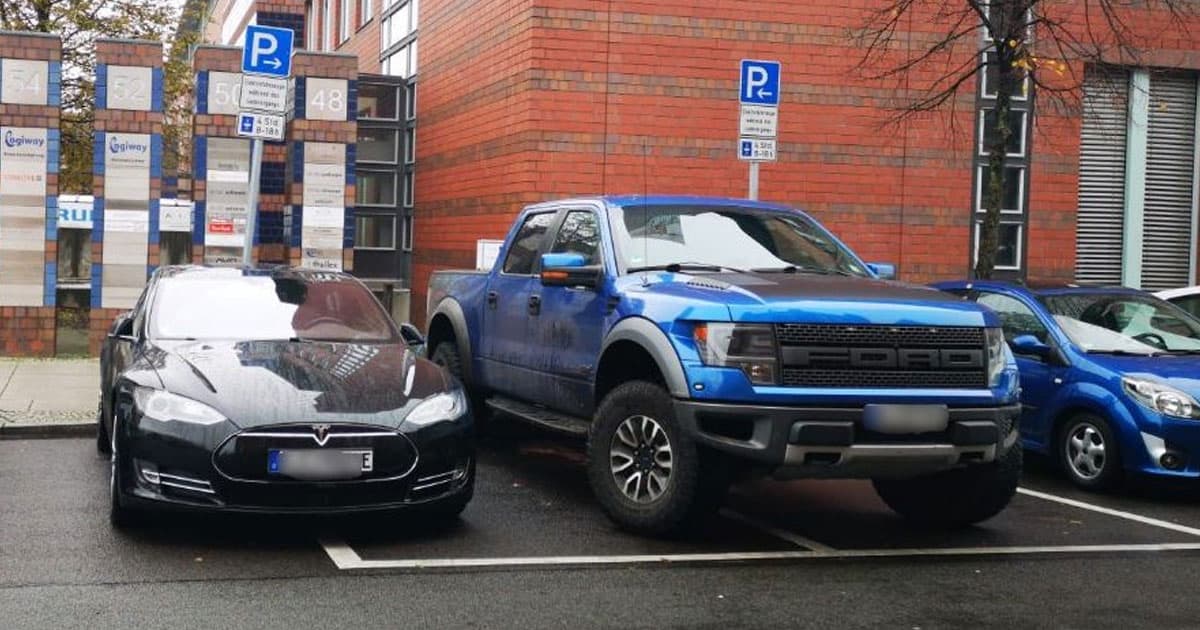 To Protect and Serve

They literally lifted it out with a crane.

They literally lifted it out with a crane.

As electric cars are becoming more and more common, cities are making small changes to infrastructure to accommodate them, from dedicated charging stations to replacing fuel pumps with chargers at gas stations.

But not everybody is cooperating with those infrastructure shifts. Police used a crane to lift an enormous Ford pickup truck away from a parking spot in Berlin this week, after it was found to be blocking a dedicated electric vehicle charging stall, Teslarati reports.

It's the latest example of a troubling trend called ICEing, a term that refers to internal combustion engine-powered cars protesting electric vehicles by parking their cars in charging spots.

Some more assertive hoodlums have taken to keying the sides of Tesla vehicles. Fortunately, some have been caught on camera thanks to the vehicle's "Sentry Mode," and in more than one instance, the perpetrators decided in the end to turn themselves in after the videos of them caught in the act went viral.

"Had the big blue [Ford pickup] actually tapped the charging station, the surrounding households would have probably lost power," reads a tongue-in-cheek tweet by Berlin's police force over the weekend.

More on ICEing: Pickup Truck Driver Turns Himself In After Vandalizing Tesla