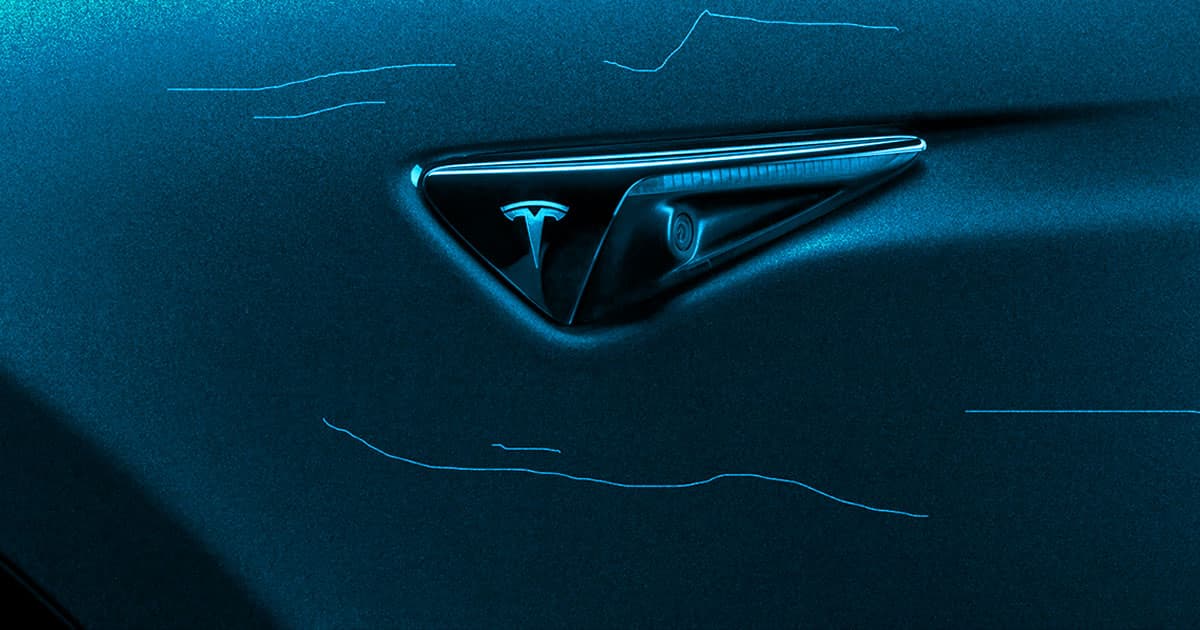 “Famous” Tesla Vandal Caught by Sentry Mode Turns Herself In

It's not the first time vandals have turned themselves in after getting caught on camera.

It's not the first time vandals have turned themselves in after getting caught on camera.

It's never a good idea to mess with somebody else's car — especially when that car is a Tesla.

On Monday, Electrek reported that Tesla Model 3 owner Alan Tweedie was at his daughter's soccer game when a stranger badly keyed his car.

What the perpetrator didn't know: the Model 3's Sentry Mode — a surveillance feature that makes sure nobody messes with a parked Tesla — recorded the whole thing.

The video footage went viral on Facebook and drew local news coverage. According to Electrek, local police received "hundreds of tips" that allowed them to identify the vandal as 57-year-old Maria Elena Gimeno, who has since turned herself in.

Police have charged Gimeno with Criminal Mischief, and she faces damages of around $2,000, as estimated by local law enforcement. She could also be forced to serve up to 1.5 years in prison and pay a fine of up to $5,000 for her vandalism, Electrek wrote.

This isn't the first time Tesla's Sentry Mode has caught vandals on camera.

Back in May, it recorded two men keying a Model 3, and those individuals also turned themselves in after the footage went viral — proof that Sentry Mode is already paying off for Tesla owners.

More on Sentry Mode: This Tesla Surveillance Hack Can Tell You if You’re Being Followed