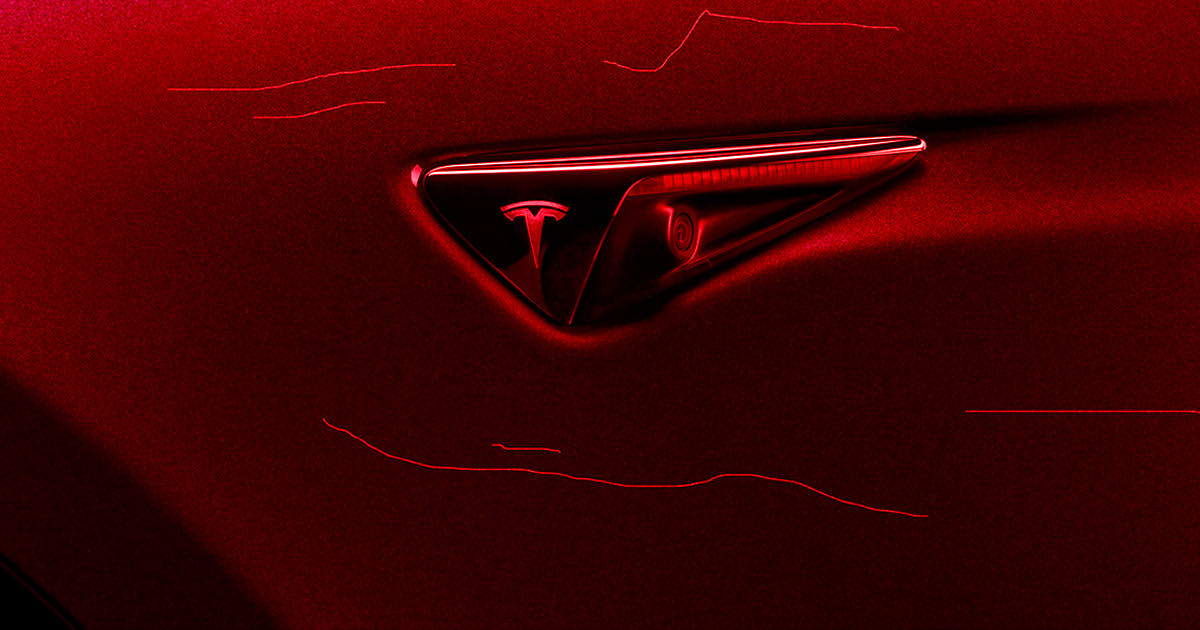 On Thursday, two men vandalized a Tesla Model 3 in a parking lot in Old Sacramento, Calif — and we only know what they look like because the Tesla had Sentry Mode engaged.

This recently deployed system uses the car's external cameras to watch for potential threats. And if it detects that something's amiss, it starts to record — which is why footage of the cackling vandals keying the Model 3 is now racking up views on YouTube.

In the clip, which was shared initially on the r/TeslaMotors subreddit and then picked up by Teslarati, the two men — one wearing a "Merica" t-shirt — can be seen inspecting the side of a Dodge Ram truck parked next to the Tesla.

They apparently saw something they didn't like because one man then drags a key down the side of the Model 3 twice, while the other slams the Ram's door into the side of the Tesla.

This isn't the first time Sentry Mode has captured a Tesla vandal in the act. In March, a similar video surfaced, leading to vandalism charges against a woman who was identifiable thanks to the footage.

The new clip doesn't capture the license plate number of the vandals' truck, but their faces are clear, meaning it might not be hard for law enforcement to track them down as well.