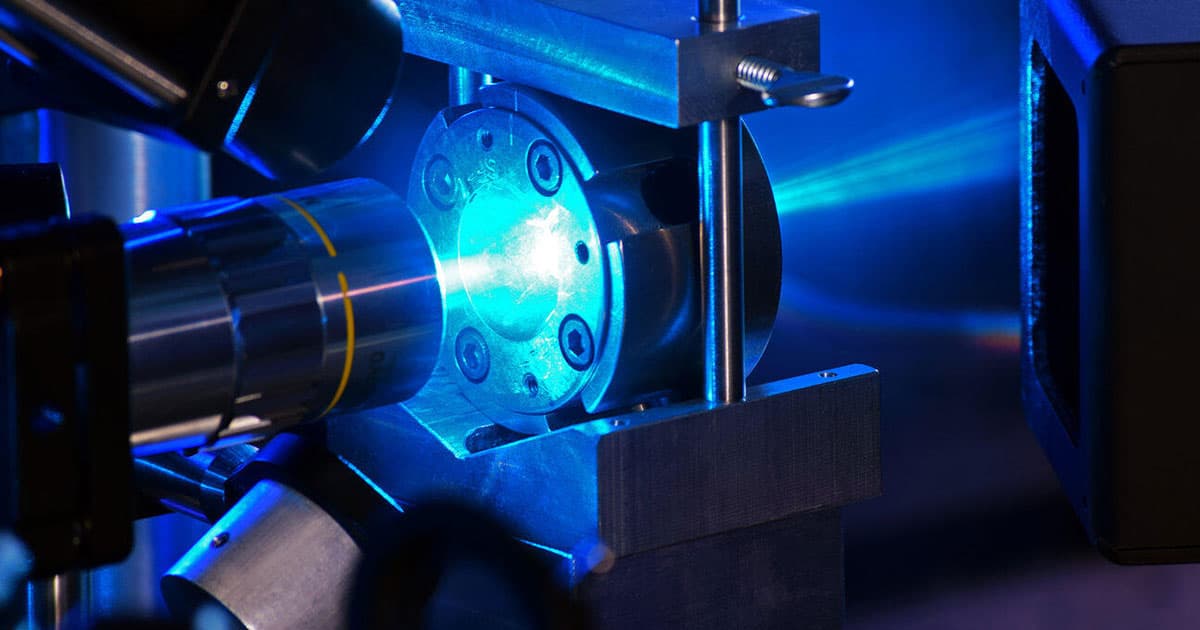 Wait, wasn't this the plot to that one Kurt Vonnegut novel?

Wait, wasn't this the plot to that one Kurt Vonnegut novel?

Science can do almost anything these days — including apparently creating a new type of ice. Which, for the record, is approximately the plot of Kurt Vonnegut's 1971 novel "Cat's Cradle."

A new paper published in the Physics Review B journal details how scientists from the University of Nevada in Las Vegas (UNLV) created a new type of frozen H2O molecule by putting a special form of ice called Ice VII under extremely high pressure, melting it with a laser, and then letting it refreeze.

In short, the cubic structure of Ice VII was modified into a tetragonal crystalline structure — a seemingly small change that may have some vast implications on our understanding of where life can survive in the universe.

"By squeezing the water sample between these diamonds, scientists drove the oxygen and hydrogen atoms into a variety of different arrangements, including the newly discovered arrangement, Ice-VIIt."https://t.co/NURzNcyLqi pic.twitter.com/E4w2znY0sG

Known as Ice-VIIt, this new tetragonal form of ice, as Gizmodo notes, isn't likely to occur naturally on the surface of our planet. Researchers theorize, however, that it could be commonly present within the Earth's mantle, as well as on water-rich exoplanets and far-flung moons outside our solar system.

What's more, Ice VIIt transitions into Ice X, the phase at which ice stiffens aggressively at only a third of the pressure compared to what physicists previously thought to be necessary for Ice X to form, the researchers said in a statement.

Surprisingly, this conclusion could force astronomers to reevaluate the habitability of previously discovered exoplanets.

"If there are planets with a significant amount of water within their mantle, the planets would actually be bigger than we previously thought, since the water won’t compress," Zachary Grande, UNLV physicist and lead author, told Gizmodo. That means "astronomers will need to re-evaluate the water supply in many of the large exoplanets that have been discovered in recent years."

You probably don't want this stuff cooling your whiskey on the rocks, but it's nonetheless extremely cool that making a new form of ice could help us one day find aliens — if there are any out there.

More on weird ice: Scientists Create Flexible Ice That Can Bend Like A Wire

Brands We Love
This Specially Formulated Mix Helps Prevent Dehydration Better Than Water Alone
8. 28. 20
Read More
Splish Splash
Scientists: Probe Center of Uranus, You’ll Hit Some Weird Water
8. 14. 20
Read More
Brands We Love
If You're Thirsty, You're Already Dehydrated. But This Rapid Hydration Mix Can Help.
7. 25. 20
Read More
+Social+Newsletter
TopicsAbout UsContact Us
Copyright ©, Camden Media Inc All Rights Reserved. See our User Agreement, Privacy Policy and Data Use Policy. The material on this site may not be reproduced, distributed, transmitted, cached or otherwise used, except with prior written permission of Futurism. Fonts by Typekit and Monotype.