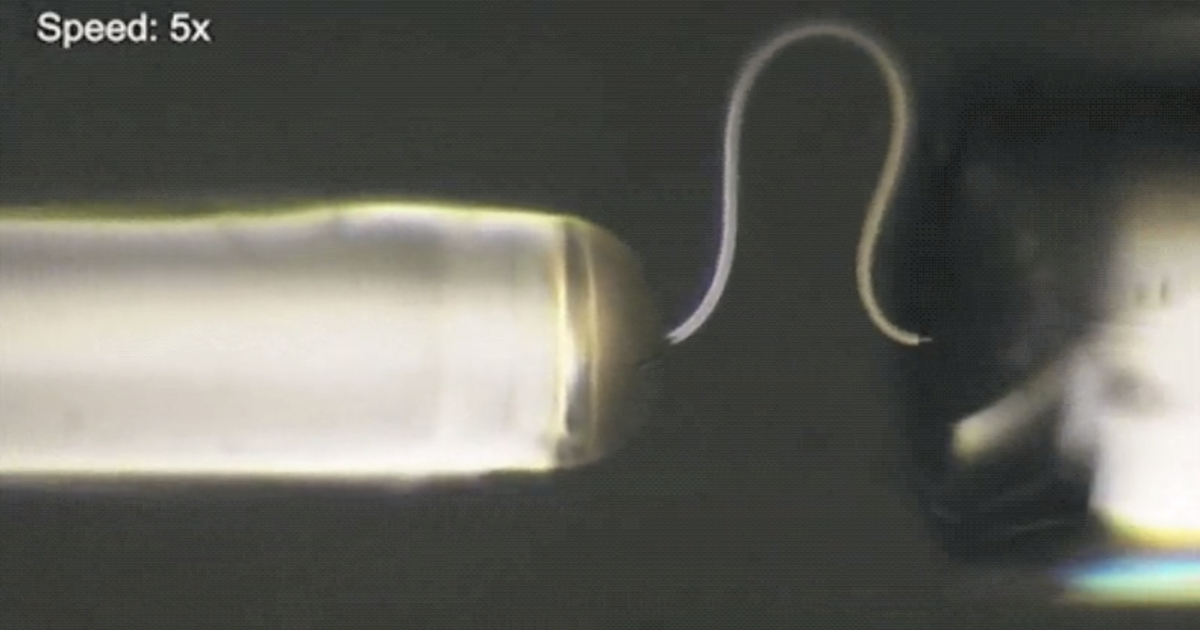 Scientists Create Flexible Ice That Can Bend Like a Wire

The team believes the ice can help detect air pollution.

The team believes the ice can help detect air pollution.

Chinese scientists have been able to develop thin strands of ice that can bend and curl.

The researchers describe it as "elastic ice microfibers," according to a new paper of their findings published in the journal Science. Instead of being brittle and breaking under pressure, the ice instead bends like wire — and it honestly looks really trippy.

Check out a video of the ice below:

Scientists in China have developed an incredibly flexible and bendable form of ice.🧊 pic.twitter.com/24aLdA69Ex

To create the ice, the scientists transferred water vapor into a small chamber that was then cooled using liquid nitrogen, according to Gizmodo.

Researchers then placed an electrified tungsten pin inside of the chamber and electrified it to 2,000 volts. This attracted the water vapor and slowly formed the ice microfibers.

The team then fluctuates the temperature of the chamber between -70 to -238 degrees Fahrenheit. They discovered that the microfibers became incredibly flexible at the coldest temperatures.

Aside from being a surprising and interesting discovery, scientists believe that the microfibers can be used to transmit light much like fiber optic cables.

"They can guide light from one side to the other," said Limin Tong, a physicist at Zhejiang University in China who was a part of the team that developed the ice, to the New York Times.

The team also believes that they can be used to develop sensors to detect pollution. That’s because particles such as soot can stick to the ice, allowing scientists to study how light moves through the microfiber to gather insights about how much and what type of pollution might be in a certain area.

"The discovery of these flexible ice fibers opens opportunities for exploring ice physics and ice-related technology on micro- and nanometer scales," the paper reads.

Even if there’s no direct application for the discovery, it’s still a fascinating development that shows that the world of physical science can still surprise us in unique ways.

READ MORE: This Bendable Ice Is Freaking Us Out [Gizmodo]