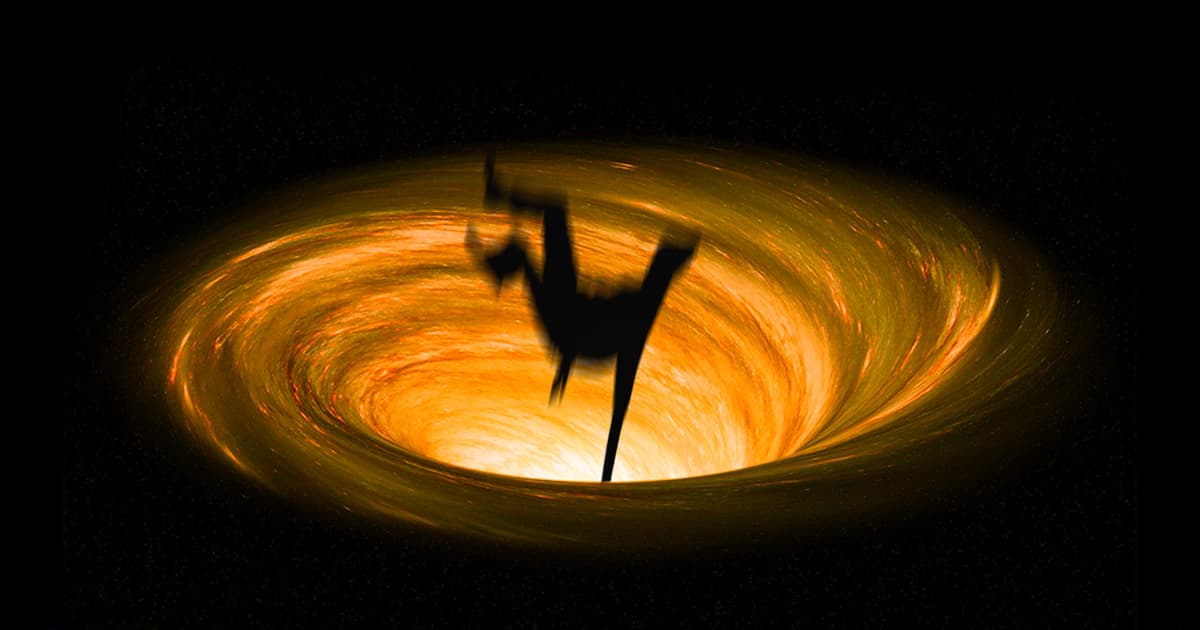 "The light that spills into your eyes plays out the downfall of civilizations or paparazzi flashes of eons of exploding stars."

"The light that spills into your eyes plays out the downfall of civilizations or paparazzi flashes of eons of exploding stars."

Getting gobbled up by a black hole would be a pretty bad way to go — getting ripped apart by an impossibly strong gravitational pull and blinked out of existence.

But Janna Levin, a Barnard College astrophysicist and author, makes it sound surprisingly beautiful. In her recent book Black Hole Survival Guide, which was excerpted in the BBC‘s Science Focus magazine, she describes an almost poetic journey through space and time — even though you probably already know how it ends.

The story begins with a beautiful look outward at the rest of the universe, which thanks to the exotic physics of extreme gravity, seems to compress cosmic stretches of time into a brief, wild ride.

Through the one-way window of the horizon, you view the Universe beyond. While there’s nothing you could do to halt your slide, you could for those brief moments look through the pane and watch the Universe evolve. Light from the galaxy that floods through the event horizon portrays a radically sped-up version of thousands or millions or billions of Earth years.

The light that spills into your eyes plays out the downfall of civilisations or paparazzi flashes of eons of exploding stars.

Of course, Levin reminds us that this journey is taking us on a trip toward oblivion — and that the narrator is descending into the same cosmological void that gobbles up anything that falls into it.

READ MORE: Here’s what could happen if you fell into a black hole [Science Focus]

More on black holes: Nobel Prize Winner on Falling Into a Black Hole: “I Would Not Want To”