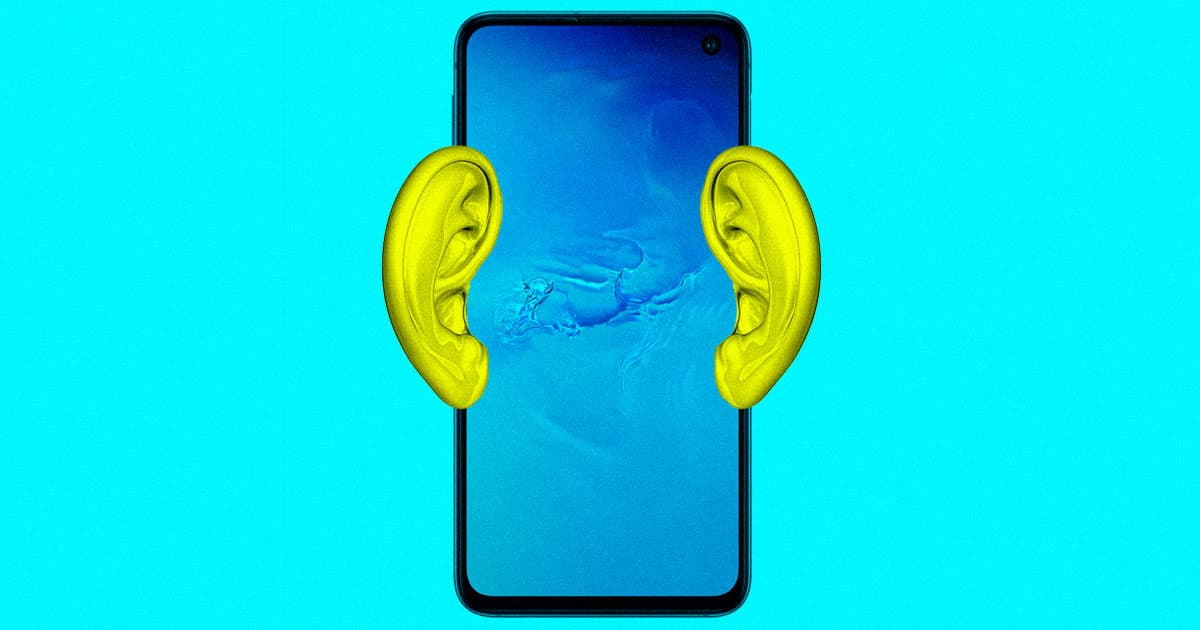 Experts Insist: No, Your Phone Isn’t Secretly Listening to You

A new investigation appears to debunk the popular conspiracy theory.

A new investigation appears to debunk the popular conspiracy theory.

For years, conspiracy theorists have insisted that today's mobile phones listen to everything we say. It's the only way, supporters of the theory argue, to explain why users will see online ads for products and services they've talked about but never actually searched for on their devices.

Bad news, sleuths. Experts at mobile security company Wandera recently set out to test this theory — and concluded that it's complete rubbish.

"I would put my name to the research and say that we found no evidence at all this was happening on the platforms we tested," Wandera's CEO Eldar Tuvey told BBC News. "It might be happening in a way we don't know about — but I would say it's highly unlikely."

For their investigation, the Wandera team opened a slew of apps — including Facebook, Chrome, and Amazon — on both a Samsung Android phone and an Apple iPhone, with each app granted full permissions.

They then placed the phones in a room where a loop of audio advertisements for cat and dog foods played for 30 minutes. They also placed identical phones in a silent room.

When the researchers later used the various apps, they didn't notice any pet food-related ads. Furthermore, they didn't see anything in the phones' battery usage or data consumption that would indicate the devices were "listening" in the audio room.

Add it all up, and it suggests that any connections people make between their conversations and the ads they see on their devices are most likely a coincidence — or the result of clever predictive algorithms.

READ MORE: Why phones that secretly listen to us are a myth [BBC News]

Panopticam
Tech Exec Brags That New Phone' Cameras Will Always Be Watching You
12. 2. 21
Read More
Tech Sells
Here's a Roundup of All the Super Bowl Ads About Robots and AI
2. 4. 19
Read More
Thanks, Amazon! Echo Recorded And Sent Audio To Random Contacts Without Warning
5. 25. 18
Read More
+Social+Newsletter
TopicsAbout UsContact Us
Copyright ©, Camden Media Inc All Rights Reserved. See our User Agreement, Privacy Policy and Data Use Policy. The material on this site may not be reproduced, distributed, transmitted, cached or otherwise used, except with prior written permission of Futurism. Articles may contain affiliate links which enable us to share in the revenue of any purchases made.
Fonts by Typekit and Monotype.