Cameras in the back seat guess your age and gender — and then use them to serve you with advertisements. 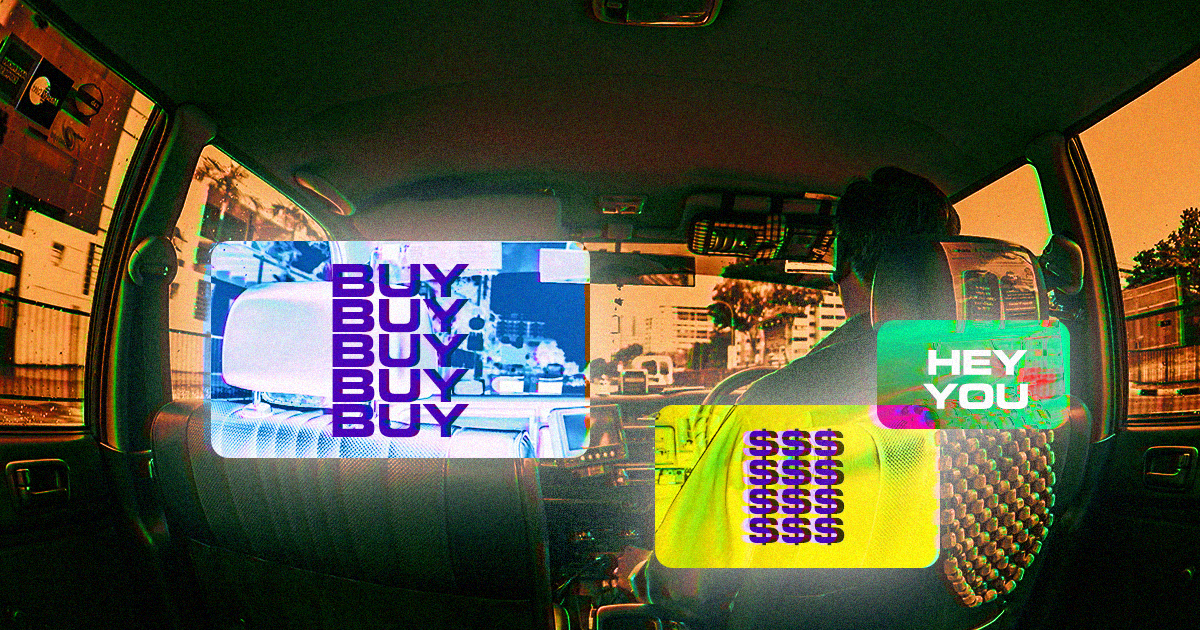 If you took a cab in Japan this year, you may have come face-to-face with a tablet that scanned your face in order to learn your gender, age, and other characteristics — and used that data to target you with relevant advertisements.

The facial recognition system made the rounds on Twitter on Saturday after Google privacy engineer Rosa Golijan posted a photo of the tablet explaining that it was used in Japanese taxis to “estimate gender in order to deliver the most optimized content” — an intriguing preview of how pushy, personalized advertisements could one day roll out elsewhere in the world.

Another tweet posted in response to Golijan shows more details, including how the data is collected and how it’s used. A QR code in that image links to the website of Japanese e-commerce platform developer DeNA Co Ltd — specifically linking to the “Trust & Safety” page for the company’s “Premium Taxi Vision” service.

Premium Taxi Vision, first deployed in January, is meant to make “riding a taxi more comfortable and convenient,” according to a DeNA webpage that we translated using Google. Presumably, that comfort and convenience means saving customers from the sheer embarrassment of watching an advertisement meant for a different gender or age group.

DeNA’s website explains that video of passengers is used to generate a passenger profile — age, presented gender, number of passengers — that gets sent to the advertising agency Geniee, Inc, which then sends a relevant advertisement.

That means Geniee doesn’t see the footage. In Golijan’s case, it would have merely known that an adult woman was riding in the cab.

Read This Next
Neural Networking
Welcome to “Robot Hell”! Meet the Deranged Genius Who Created an AI Version of @Dril
Bot-icelli
Sorry, But There’s No Way Tesla Is Selling a Humanoid Robot Next Year
Botsexual
Man Credits Affair With AI Girlfriend For Saving His Marriage
Power Hungry
Scientists Warn That Ad-Targeting Neural Networks Could Use “Infinite” Energy
Mmmm... Deepfakes
Neural Networks Generate Demonic Simpsons Characters Straight From Hell
More on Artificial Intelligence
Ay Gee Eye
Thursday on the byte
Google Says It’s Closing in on Human-Level Artificial Intelligence
Rob's Removal
Apr 29 on futurism
Deepfaked Robert Pattinson TikTok Account Mysteriously Nuked
Oh No
Apr 28 on futurism
Man Married to Hologram Can’t Talk to Wife Due to Software Glitch
READ MORE STORIES ABOUT / Artificial Intelligence
Keep up.
Subscribe to our daily newsletter to keep in touch with the subjects shaping our future.
+Social+Newsletter
TopicsAbout UsContact Us
Copyright ©, Camden Media Inc All Rights Reserved. See our User Agreement, Privacy Policy and Data Use Policy. The material on this site may not be reproduced, distributed, transmitted, cached or otherwise used, except with prior written permission of Futurism. Fonts by Typekit and Monotype.