Tech was the star of Super Bowl LIII — during the commercials, anyways. 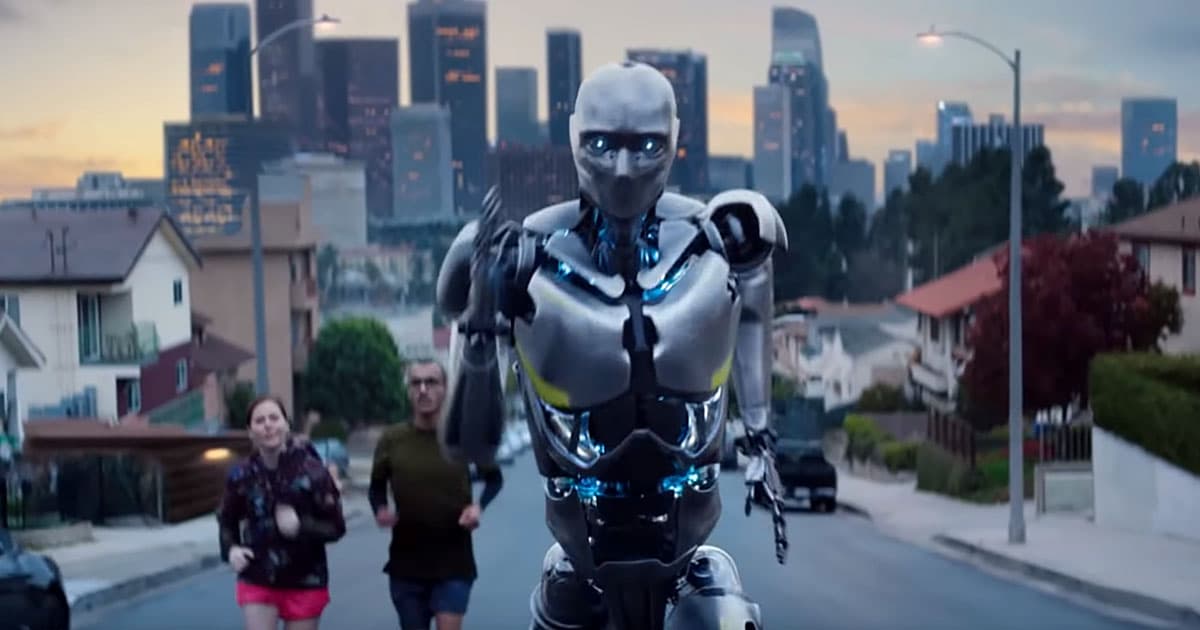 Super Bowl LIII may have been low on sports excitement, but it had plenty of robots and artificial intelligences — in the commercials, anyways.

Ad after ad featured bots and AIs — mostly for laughs, but sometimes with ominous overtones about the future. Here's our roundup.

Intuit, the maker of TurboTax, aired a spot featuring "Robochild," a humanoid robot that laments the fact it won't be able to be a TurboTax Live CPA when it "grows up."

"I'm sorry, but you're never going to be emotionally complex enough for that job," the bot is told in the commercial.

Michelob Ultra also aired an ad featuring robots unable to live out their dreams — in this instance, the dream being the ability to throw back a low-calorie beer after a run, spin class, or successful day at the driving range.

Pringles went essentially the same route as Michelob Ultra, only this time a smart assistant was able to compute the number of potential Pringle flavor combinations but unable to enjoy the taste of a single chip. Bummer.

Not all of the Super Bowl ads focused on the feelings of robots, though. SimpliSafe's "Fear Is Everywhere" followed a human as he navigated a world in which, well, fear was everywhere.

A Sprint ad brought back the levity. In it, a trio of robots brainstorming ad ideas with a Sprint spokesperson and sports legend Bo Jackson were seemingly included for no reason other than laughs (and a mermaid, pegasus, and keytar also made appearances).

Amazon also went for humor with its Alexa ad. This one featured the company's failed attempts to integrate its smart assistant into various devices, including a dog collar that translates barks into Amazon orders. Cue dog owner Harrison Ford accepting a pallet's worth of dog food.

READ MORE: What’s the Deal With All the Robots in This Year’s Super Bowl Ads? [Adweek]

Read This Next
Diner Drama
People Furious at Robot Serving Pancakes at Denny's
Killer Robot Update
Uh Oh, They Strapped a Sniper Rifle to a Robot Dog
Mini-Brain in the Cell Membrane
This Startup's Computer Chips Are Powered by Human Neurons
Bleep Bloop
Scientists Build "First Living Robots" From Frog Stem Cells
Brands We Love
This LEGO Robot Is the Fun Way to Teach Your Kids About Coding and STEM
More on Robots & Machines
From the Dept. of...
12:00 AM on futurism
The Best Mini Fridges of 2023
Blow Up Doll
Monday on the byte
Ukraine Accuses Russia of Using Inflatable "Dummy Tanks," Which Deflated
From the Dept. of...
Monday on futurism
The Best UPS Battery Backups of 2023
READ MORE STORIES ABOUT / Robots & Machines
Keep up.
Subscribe to our daily newsletter to keep in touch with the subjects shaping our future.
+Social+Newsletter
TopicsAbout UsContact Us
Copyright ©, Camden Media Inc All Rights Reserved. See our User Agreement, Privacy Policy and Data Use Policy. The material on this site may not be reproduced, distributed, transmitted, cached or otherwise used, except with prior written permission of Futurism. Articles may contain affiliate links which enable us to share in the revenue of any purchases made.
Fonts by Typekit and Monotype.