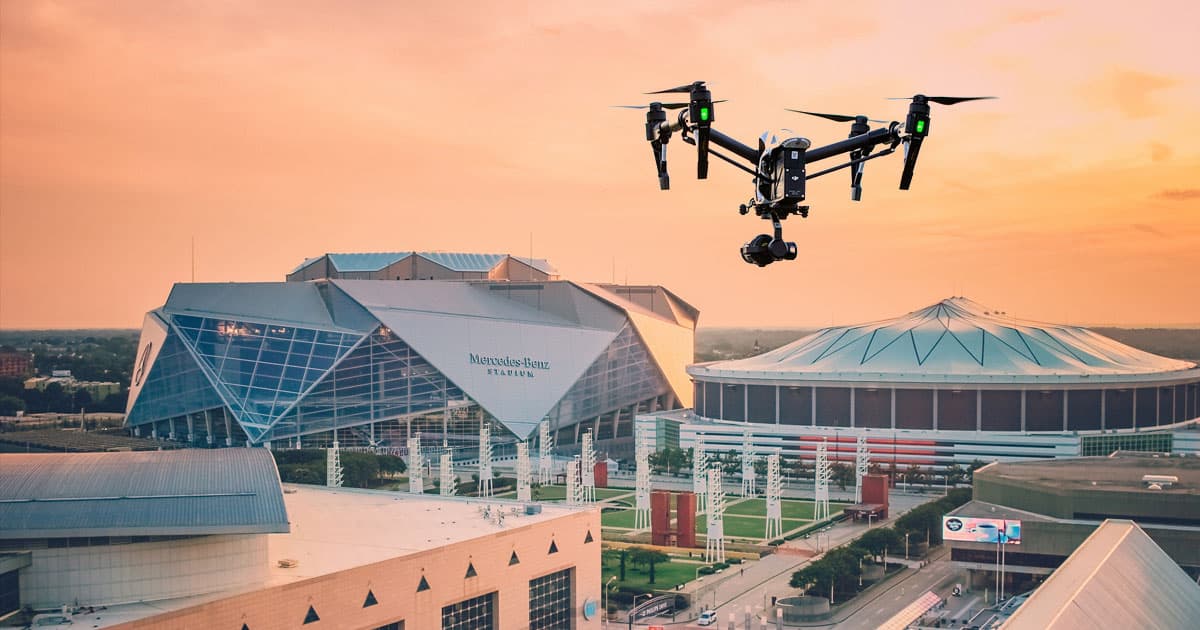 FBI agents had to officially reiterate their message: no drones near Atlanta's Mercedes-Benz Stadium where Sunday's Super Bowl will take place.

The Federal Aviation Administration (FAA) declared a "no drone zone" on Thursday, placing a three-day Temporary Flight Restriction (TFR) within a 30-nautical-mile radius around the stadium and up to 18,000 feet in altitude — well below the typical altitude of commercial airliners.

The news comes in the aftermath of chaos erupting at London's Gatwick and Heathrow airports in December. Over 100,000 passengers were stranded after unidentified drones showed up near the airports' runways.

The FAA also warned that any drone operators who enter the TFR without permission could face penalties "that exceed $20,000 and potential criminal prosecution."

But it seems like their warnings fell on deaf ears. According to a tweet by FBI Atlanta, six drones were confiscated for violating the TFR. Details about the confiscations and perpetrators remain unknown.

The FAA might have a new weapon in its arsenal. The Guardian reported that a Bill Gates-funded startup called Echodyne asked for permission to test a new type of drone detector at this year's Super Bowl.

The detector could alert local law enforcement of illegal flights by scanning the skies with a specialized radar. The offending drone could then be taken down by jamming its control signals or forcing it out of the sky with a net.

But Atlanta's Mercedes-Benz Stadium still has an ace up its sleeve. If the weather takes a turn for the worse on Sunday, it might just end up shutting its retractable roof anyway.

READ MORE: Drones are already being confiscated near the Super Bowl [The Verge]

More on drone chaos: We Have No Idea How to Deal With Unexpected Drones at Airports