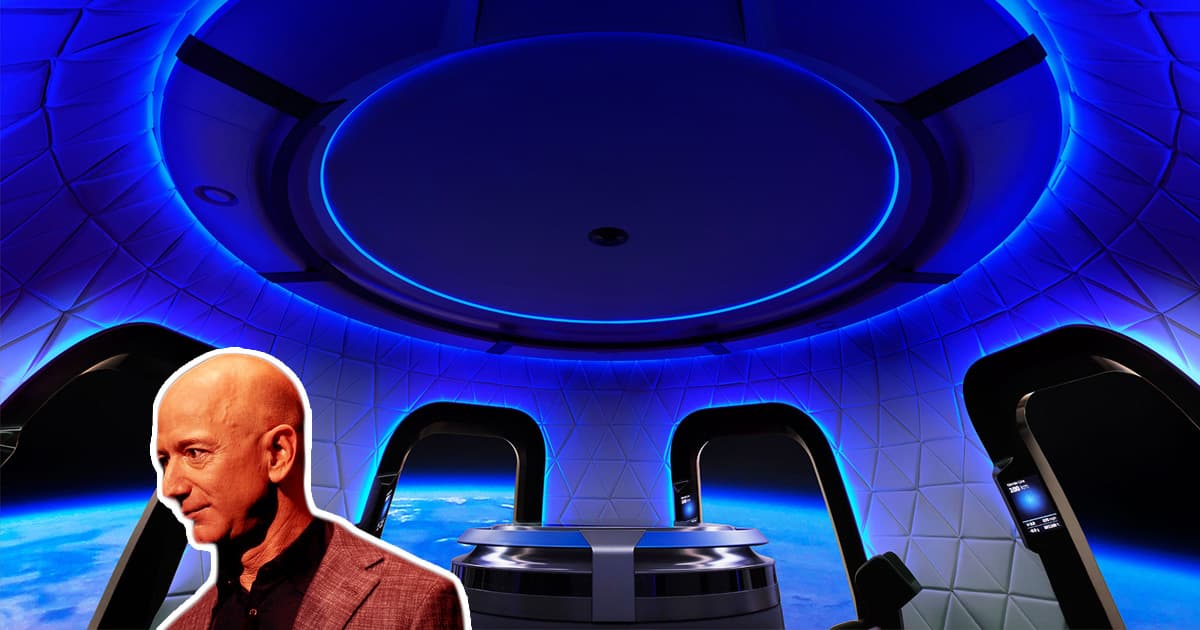 A new Change.org petition is politely asking Amazon and Blue Origin founder Jeff Bezos to please stay in space forever after he takes off on board his space company's crewed rocket to space next month. The petition has garnered more than 13,300 signatures at press time, as CNET reports.

A different petition, which collected more than 8,500 signatures, is calling for Bezos to "buy and eat the Mona Lisa."

The billionaire doesn't exactly have a glowing reputation. He has amassed copious amounts of wealth while workers at his company's fulfilment centers are forced to pee in bottles and make do with dystopian "despair closets" to air their frustration.

Bezos's net worth exploded by $75 billion in 2020, a year forever marred in history by the global COVID-19 pandemic.

Yes, the people have little love to spare for the second richest man in the world. But fortunately, the entrepreneur has decided to leave us behind by taking a trip to near space on board one of his space company's New Shepard spacecraft next month.

"Ever since I was five years old, I’ve dreamed of traveling to space," Bezos said in a statement earlier this month. "On July 20th, I will take that journey with my brother. The greatest adventure, with my best friend."

But that leaves one question: will they be able to find refuge at 62 miles above the Earth's surface? While it's technically the agreed upon boundary of outer space, it's a far cry from stationary orbit. The International Space Station orbits the Earth at an altitude of several hundred miles.

Perhaps he can bring along an ultralight glider — then humanity can get just a little more much-deserved, Bezos-less time back on the surface.

"This may be our last chance before they enable the 5G microchips and perform a mass takeover," the petition reads.