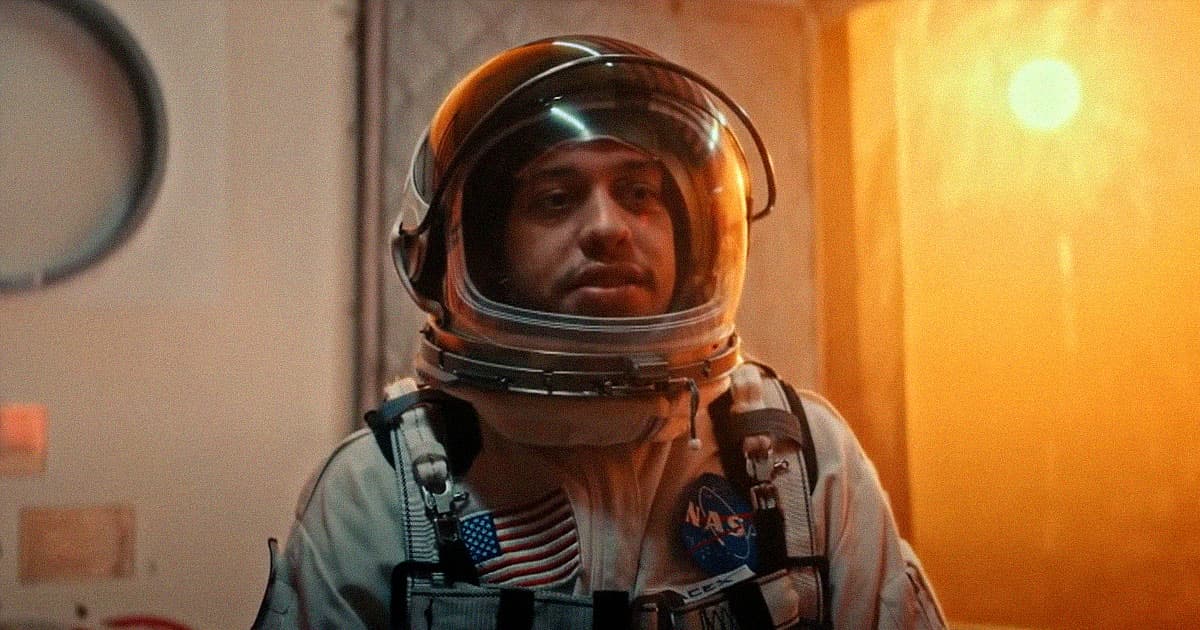 "Saturday Night Live" star Pete Davidson is going to "space" on board Blue Origin's New Shepard rocket later this month — depending on what your definition of space is, that is.

The Jeff Bezos-led company has offered several high profile celebrities a ride to an altitude of around 66 miles. That's technically above the internationally agreed upon yet largely arbitrary Kármán line, used to denote the boundary between the Earth's atmosphere and outer space, but it's a bit short of many children's dream of becoming an astronaut.

In other words, Davidson isn't getting anywhere near orbit. In fact, Blue Origin's customers are almost 200 miles short of where the International Space Station circles the Earth. So while passengers get a heck of a view, the service still falls extraordinarily far short of the full-service — and extremely expensive — multi-day trips to orbit offered by SpaceX.

While the flight itself will certainly be an adrenaline-fueled ride of a lifetime, calling it space travel would do actual off world travelers an injustice. At 66 miles, the existence of the Earth's atmosphere is still very much palpable, and is still within miles of where clouds can still form.

The mere minutes of weightlessness Davidson will experience will also be the result of the spacecraft plummeting back down to Earth immediately after hitting its apogee — not because it's entered orbit, the effect that's responsible for the microgravity on board spacecraft like the ISS.

In many ways, it's an extremely expensive and elaborate rollercoaster ride that will give Davidson rare and presumably stunning views from above the clouds — but it won't make him an astronaut like the one he played during a 2021 SNL skit alongside SpaceX CEO Elon Musk.

READ MORE: SNL star Pete Davidson is heading to space with crew of five on next Blue Origin flight [The Verge]