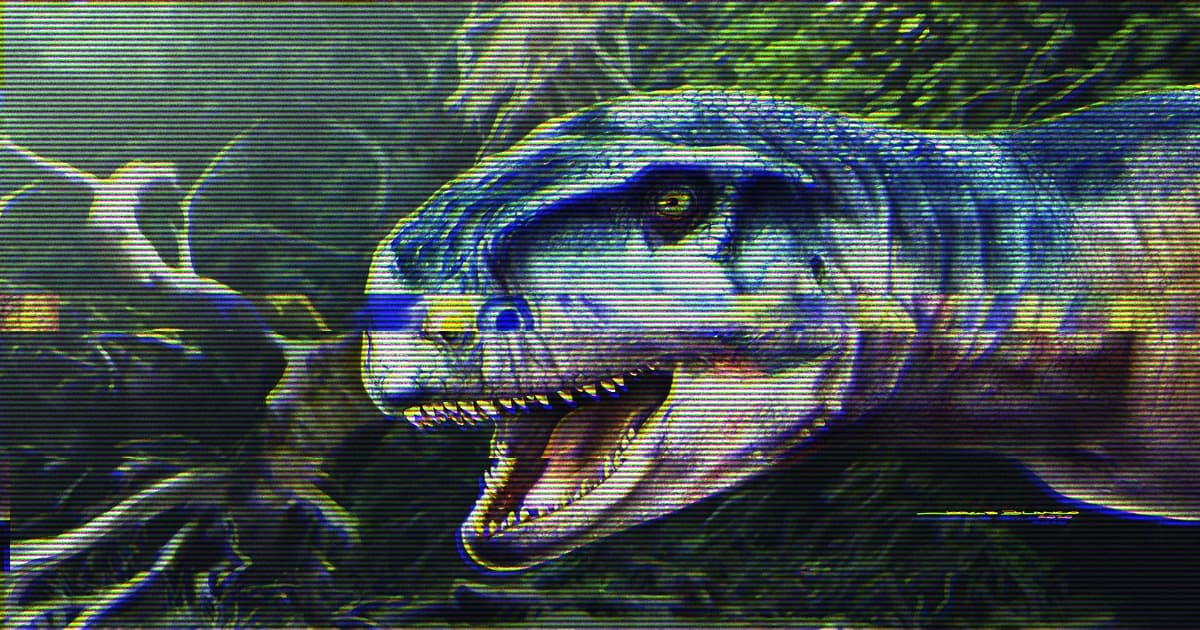 They named it “the one who causes fear.”

They named it “the one who causes fear.”

The One Who Causes Fear

Paleontologists have discovered a new dinosaur species in Patagonia that likely had superior hearing abilities over its fellow dinosaurs.

Researchers in Argentina dubbed the new species "Llukalkan aliocranianus," according to a press release from the paleontologists. Llukalkan comes from the Mapuche word for "the one who causes fear," while aliocranianus is Latin for "unusual skull."

Aside from its very metal name, the dinosaur is also notable for its uniquely-shaped head, which researchers say gave it more sharpened hearing abilities.

"A peculiarity of this dinosaur is that it has cavities in the ear area that other abelisaurids did not have, which could have given this species different auditory capacities, possibly a greater hearing range," said Federico Gianechini, a paleontologist at the National University of San Luis, Argentina, in paper published in Journal of Vertebrate Paleontology. "This, together with its keen sense of smell, would have given great capabilities as a predator to this species."

Here’s a closer look at that unusually-shaped skull:

The dinosaur looked a lot like a T-Rex, with a large head and short stubby arms. It was also just as fierce — if not fiercer.

According to the press release, the Llukalkan was "likely among the top predators" in the region during the Late Cretaceous period. It measured up to five meters long, and had sharp teeth, big claws, and a strong bite — not to mention straight up super hearing abilities.

So yeah. If they ever end up mixing frog genes with dinosaur DNA a la Jurassic Park, let’s all hope they take a pass on "the one who causes fear."

Hidden Hominids
Scientist Says There May Be a Species of Hobbit-Like Humanoids Hiding on an Island
4. 19. 22
Read More
Brands We Love
You Can Own a 90 Million-Year-Old Dinosaur Tooth for Less Than a Pair of AirPods
6. 25. 19
Read More
Brands We Love
Mini Museum Lets Science Lovers Own Priceless Artifacts for an Affordable Price
5. 13. 19
Read More
+Social+Newsletter
TopicsAbout UsContact Us
Copyright ©, Camden Media Inc All Rights Reserved. See our User Agreement, Privacy Policy and Data Use Policy. The material on this site may not be reproduced, distributed, transmitted, cached or otherwise used, except with prior written permission of Futurism. Articles may contain affiliate links which enable us to share in the revenue of any purchases made.
Fonts by Typekit and Monotype.