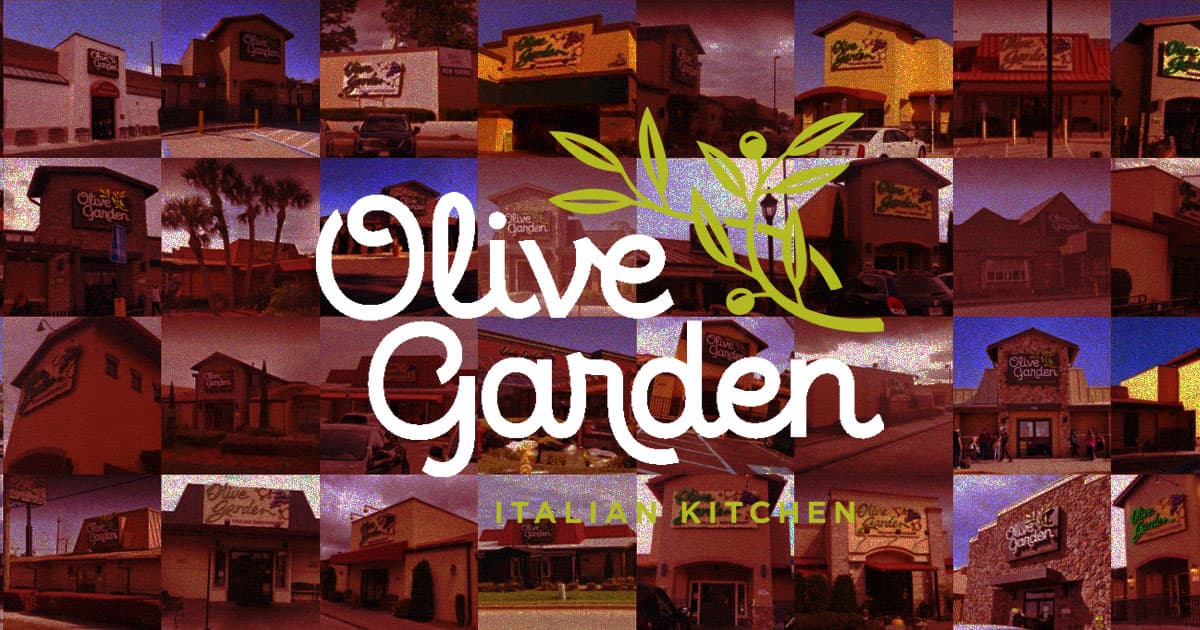 And you can mint a breadstick NFT — for free, of course.

And you can mint a breadstick NFT — for free, of course.

Because 2021 couldn't get much dumber, someone has begun minting Olive Garden NFTs — even though they admittedly do not have any affiliation with any actual brick-and-mortar Olive Gardens.

Taking the generalized meme surrounding the fast-casual "Italian" chain to the next level, the person or people behind these "Non-Fungible Olive Gardens" admit on their site that, for now, purchasing one of the NFTS — or becoming a "franchisee," per the site's lexicon — grants owners "no rights or privileges in meatspace Olive Gardens."

In a list that blurs the line between satire and seriousness, however, the anonymous creator or creators known only as "mossy" list off the ways they plan to eventually merge the "Non-Fungible Olive Garden Metaverse" with the real world: the minting of 880 Olive Garden NFTs and "unlimited" breadstick NFTs, launching "the world's first Neverending Pasta Bowl on the blockchain," attracting celebrity influencers, creating an "open-world Olive Garden RPG," releasing "Scampi Sneakers" and, finally, using the money from the NFTs to buy out Darden Restaurants, the infamous chain's parent company.

While it's pretty impossible to deduce from nonfungibleolivergardens.com whether or not "mossy" is for real or trolling, the site is nevertheless full of hilarious references and Easter eggs, including — but very much not limited to — the acronym-ized Olive Garden tagline "WYHYF," short for the chain's cheesy slogan, "When You're Here, You're Family."

If you're interested in buying a newly-minted and randomly-selected NFT Olive Garden, you're out of luck: they're all sold out, though you can buy one on resale markets, the website announcing the project noted. You can also mint a breadstick NFT for free, although "mossy" notes on the site that you will have to pay "gas fees" to miners, which is cryptospeak for the computers that make the NFT machine go brrrr.

Obviously, the concept of spending any money at all to own a fake Olive Garden franchise that's based on a "meatspace" Olive Garden (or a fake breadstick, for that matter) is farcical — but then again, people pay millions for NFTs of pixel art headshots, Bored Apes, and pissed-off-looking lions, so who are we to judge?

And on the flip side: Someone Made a “Doom” Mod Where Instead of Shooting Demons, You Take Screenshots of NFTs

Memento Mori
Elon Musk Cropped The Credit Out of Our Cartoon and Tweeted It Out
9. 27. 22
Read More
Elonely Planet
Elon Musk Shares Incredibly Stupid Meme Stolen from iFunny
4. 28. 22
Read More
Apes Ahoy
A Major NFT Project Is Falling Apart in a Storm of Lawsuits
3. 22. 22
Read More
+Social+Newsletter
TopicsAbout UsContact Us
Copyright ©, Camden Media Inc All Rights Reserved. See our User Agreement, Privacy Policy and Data Use Policy. The material on this site may not be reproduced, distributed, transmitted, cached or otherwise used, except with prior written permission of Futurism. Articles may contain affiliate links which enable us to share in the revenue of any purchases made.
Fonts by Typekit and Monotype.