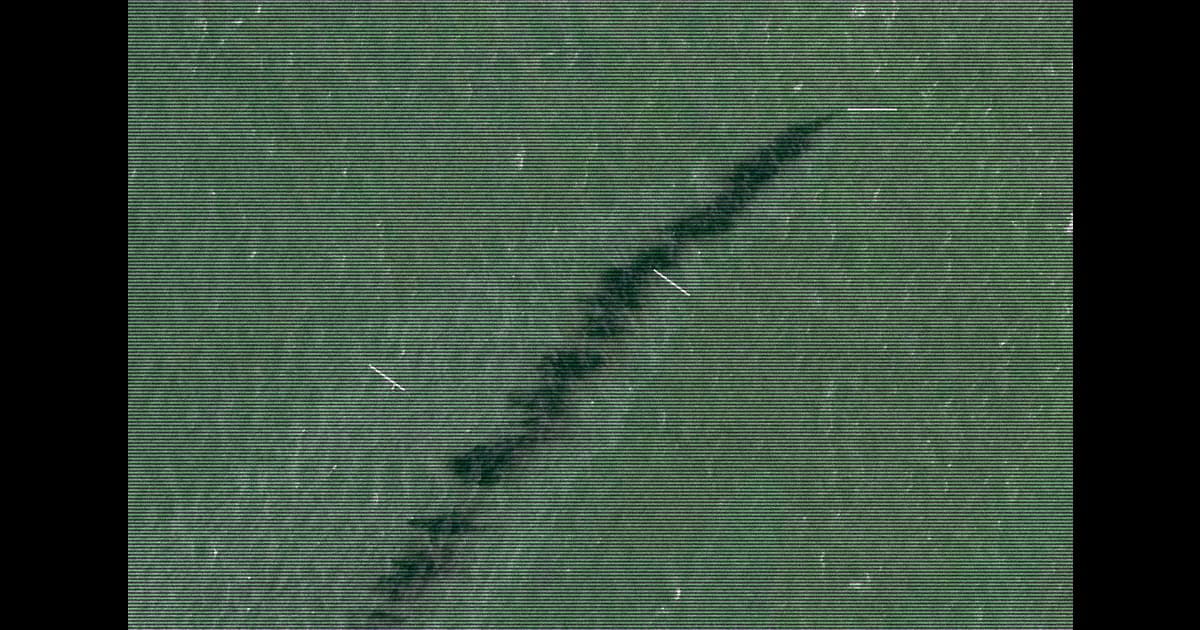 The companies got busted by satellite imagery.

The companies got busted by satellite imagery.

Caught in the Act

A massive oil spill was discovered off the coast of Louisiana on Thursday.

The spill was identified using satellite imagery from space tech companies Planet Labs and Maxar Technologies, according to The New York Times. The images captured showed plumes of oil covering roughly 10 miles of the Gulf of Mexico.

US Coast Guard officials said that the spill likely originated from an old pipeline owned by Talos Energy, a Texas-based oil and gas company. Experts suspect that the pipeline was damaged due to Hurricane Ida.

The oil spill’s origin was initially identified by John Scott-Railton, senior researcher at research center The Citizen Lab. He had been using satellite imagery to investigate Hurricane Ida’s destruction.

"The fact that it was possible to find this spill is owed to the fact that NOAA made aerial imagery publicly available," Scott-Railton told the NYT. "Had NOAA not made that public, it would have been a lot harder to uncover what is clearly an unfolding environmental problem."

There is currently an operation to clean up the oil spill, with US Coast Guard boats on their way to the site. However, the pipeline is still leaking.

The US Bureau of Safety and Environmental Enforcement released a media update on Friday saying workers from 133 production platforms and six drilling rigs have been evacuated. The bureau intends to inspect the facilities and said that those with no damage "will be brought back online immediately."

This is yet another example of how one result of manmade climate change (i.e. Hurricane Ida) can cause even more destruction on our environment (i.e. massive oil spills). It also highlights the massive vulnerabilities our energy infrastructure can have in light of disaster — especially when that infrastructure depends on an environmentally harmful resource like oil.