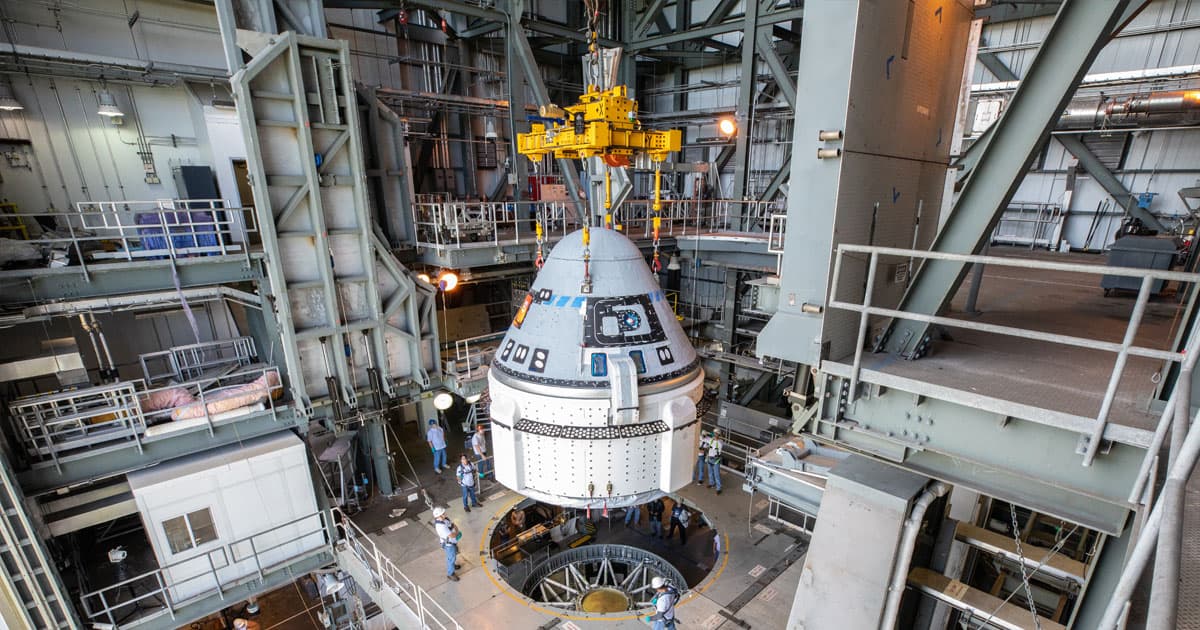 Back to the Drawing Board

A final assessment by NASA of Boeing's Starliner spacecraft, the aerospace giant's SpaceX Crew Dragon competitor, found that both its hardware and software are riddled with problems.

The news could result in even more lengthy delays in the company's efforts to test its astronaut-ferrying shuttle.

In an announcement, NASA outlined a whopping 80 recommendations for Boeing to fix its astronaut shuttle. It's the final assessment of the agency's investigation that followed a botched December test flight that almost ended in disaster.

The news comes after Boeing was found in February to have failed to conduct an "end-to-end" test of its Starliner spacecraft prior to the December test flight. At the time, Boeing was under the belief that it would have been "more logical to break the mission phases into chunks and do a lot of testing in those smaller chunks," according to Starliner program manager John Mulholland.

The company's first uncrewed test flight of the spacecraft in December nearly ended in "catastrophic failure," according to a previous NASA assessment in the same investigation, due to a badly calibrated onboard computer. The spacecraft never reached the International Space Station.

The recommendations released this week include overhauls to the communications hardware, several updates to the spacecraft's software, and changes to safety reporting structures.

Both Boeing and SpaceX are under contract with NASA to build spacecraft to ferry astronauts to the International Space Station and back.

SpaceX has seen far more success, and has already completed its first crewed mission back in May.