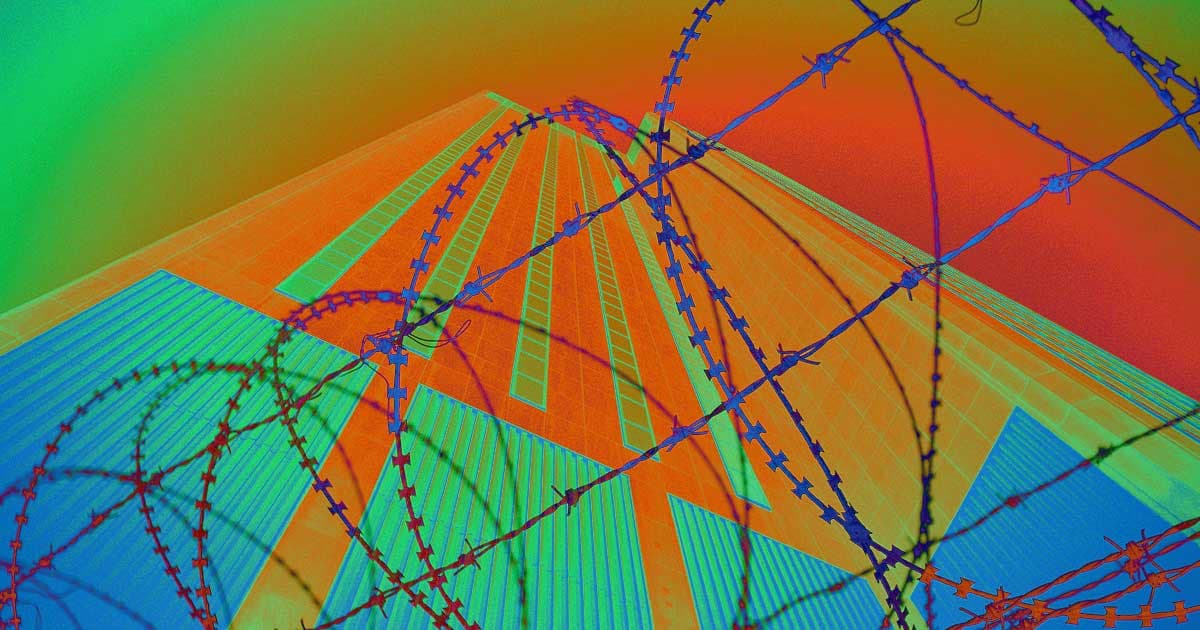 The proposal is forcing conversations about how to approach incarceration.

The proposal is forcing conversations about how to approach incarceration.

Room With A View

New York City may finally close down Riker's Island, a prison infamous for violence and crowding.

And to replace it, the city has suggested constructing four high-rise buildings — one in each city borough other than Staten Island — to house inmates moving forward, according to The Guardian. And while immediate backlash has already reduced the scope of the project, the proposal is forcing the city to reckon with how it handles incarceration.

Opposition to the new prisons comes from a mix of perspectives, The Guardian reports. Some comes from NYC residents who don't want new prisons in their neighborhoods, especially since the original plan was to build 45-story eyesores. Other opponents are prison reform advocates who want the city to close Riker's without building replacements at all.

Others argue the skyscrapers would violate the rights of the aging prison population, arguing that tall, narrow buildings will pose a serious mobility issue for the incarcerated.

But even so, the city government expects the transition to the new prisons — planned for 2026 — to coincide with a steep drop in the number of inmates.

"This is a decarceration plan," Elizabeth Glazer, director of the mayor's office of criminal justice, told The Guardian. "There's been a real change in how we think about the purpose of punishment, how we treat people, how to develop a relationship between officers and incarcerated."

Pricey NYC Housing Now Has an Added Cost: Your Personal Data
8. 14. 18
Read More
These Incredible Images Reveal the Evolution of NYC
6. 25. 17
Read More
New U-Shaped Skyscraper in NYC Could Become World's Longest Building
3. 23. 17
Read More
+Social+Newsletter
TopicsAbout UsContact Us
Copyright ©, Camden Media Inc All Rights Reserved. See our User Agreement, Privacy Policy and Data Use Policy. The material on this site may not be reproduced, distributed, transmitted, cached or otherwise used, except with prior written permission of Futurism. Articles may contain affiliate links which enable us to share in the revenue of any purchases made.
Fonts by Typekit and Monotype.