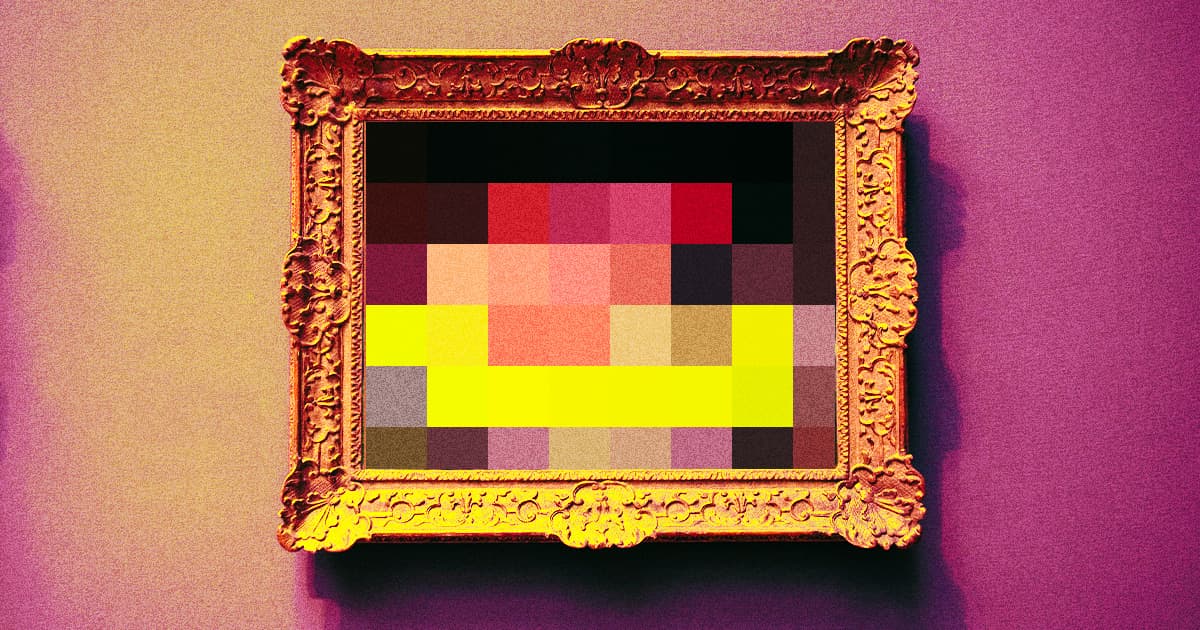 The Ultimate Sign That NFTs Are Uncool: Museums Are Now Embracing Them

"The British Museum demeans itself..."

"The British Museum demeans itself..."

While some might argue that non-fungible tokens have always been uncool — or at least not cool enough to warrant BAYC-level price tags — there's now a surer sign than ever that the digital assets are doomed to be eternally unfashionable: museums apparently love 'em, according to The New York Times.

"Our collection... [seeks] to take on some of the most pressing and topical art and ideas that are happening today," Alex Gartenfeld, the artistic director of Miami's Institute of Contemporary Art (ICA), told the paper of record. "Over the last two or three years, one of the most ubiquitous and transformative conversations has been around how artists explore and develop their creativity through NFTs."

It's okay if you need a moment to collect yourself. We thought the Jimmy Fallon of it all was the final nail, but this? Stale old city castles where the Web2 Olds go to look at real stuff? This is the exact type of bureaucratizing death that the web3 market probably fears most. Rest in Punks.

Fascinatingly, museums aren't just buying up NFTs for their collections. Some, including the British Museum, are hawking NFTs of pieces from their personal collections. An odd scheme, considering that some of the paintings that these outfits are minting, including Japanese artist Hokusai's "The Great Wave off Kanagawa," could just as well be Googled to a very similar effect.

As it turns out, not everyone in the industry is pleased.

"[The British Museum] demeans itself," British art historian Bendor Grosvenor wrote for The Art Newspaper back in February, "by getting involved in the alchemy necessary to persuade us that an infinitely reproducible JPEG can somehow be worth thousands."

While Gartenfeld assured the NYT that "groupthink" is "fairly irrelevant" to the ICA Miami's desire to rack up expensive digital assets, it's a bit hard to fathom that these outfits — the British Museum's scheme to make a quick buck on cultural artifacts aside — aren't succumbing to what they perceive is a cultural shift, especially considering that hype itself is essential the the NFT economy.

That being said, we can't really blame old institutions for wanting to keep up with the youth.

But as so often happens when institutions co-opt whatever's "cool," they automatically make it dusty and lame, and in some ways even inaccessible. Even, again, if it already was all of the above.

READ MORE: NFTs, on the Decline Elsewhere, Are Embraced by Some Museums [The New York Times]