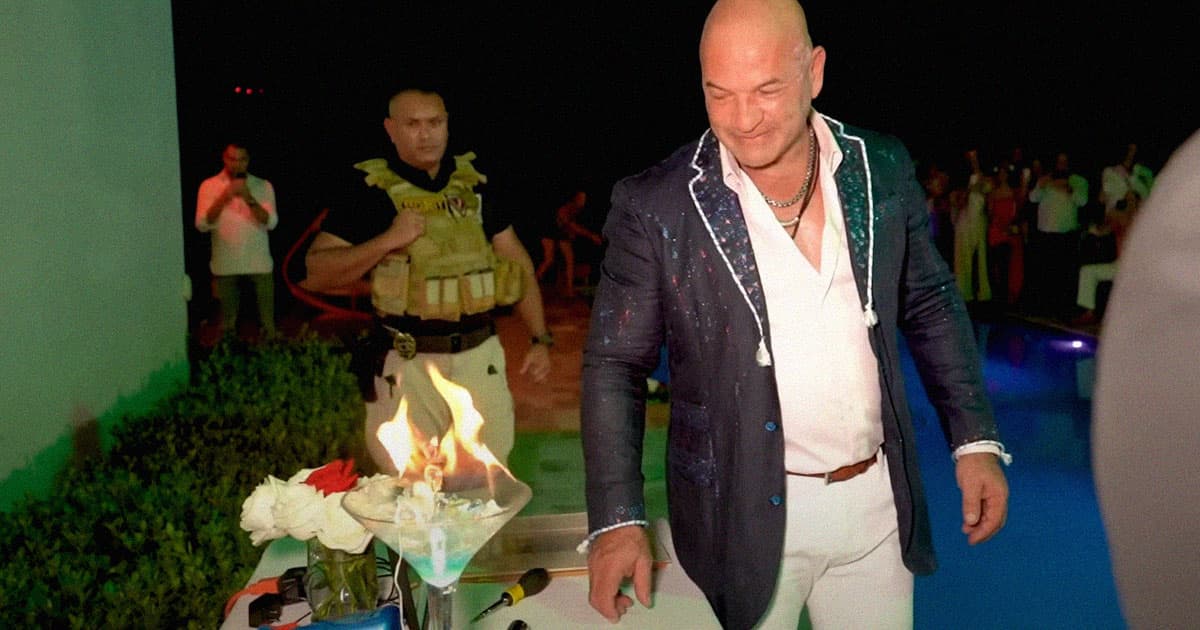 "I think this man should be put in jail."

"I think this man should be put in jail."

We all know that NFT enthusiasts can get caught up in some questionable stunts. But one blockchain businessman has incurred the ire of the art world — and Mexican authorities — after hosting a gaudy event where he burned what he claimed was a genuine Frida Kahlo drawing estimated to be worth some $10 million.

In a promotional video documenting the ostentatious event in July, hundreds of onlookers cheer to the backing of a Mariachi band. Then the host and apparent owner of the Kahlo drawing Martin Mobarak sets the priceless artwork on fire while it's ensconced in, of all things, a cocktail.

Naturally, the desecration of a work by one of Mexico's most important artists, titled Fantasmones Siniestros, was all done in service of minting 10,000 NFTs for Mobarak's Frida.NFT company.

The soul-crushing result? So far, only four have been sold, The New York Times reports.

Mobarak in a statement described the NFT collection "like a Phoenix rising from its ashes" and that the "piece will be transformed to live eternally in the digital realm."

In reality, many have doubted the veracity of his claims. Not just in the sense that the entire thing seems tasteless and destructive, but because it's dubious as to whether he even possessed a genuine copy of the drawing in the first place. An NFT venture just being a giant scam? Not exactly unheard of.

A look into the Kahlo drawing's provenance revealed that it was sold to a private collector in 2013, whose identity has not been disclosed. The seller, Mary-Anne Martin, told Vice in September that she had no idea who Mobarak was until recently, and denied selling it to him. Meanwhile, Mobarak maintained to Vice that he bought the Kahlo in 2015, also from an undisclosed private collector.

Real or not, the fiasco was worrying enough for Mexican authorities to launch an investigation for possibly constituting a "crime in terms of the federal law on archaeological, artistic and historical monuments and zones," Mexico's National Institute of Fine Arts and Literature said in a September statement, as quoted by NYT.

And Mobarak could be in legal hot water even if it was fake, according to Leila Amineddoleh, an art and cultural heritage lawyer.

"If he did actually burn it, he is breaking one law," she said to NYT. "And if he didn't, if it was a reproduction, then he might have violated copyright law. And if he copied the original with an intent to deceive, it could be fraud."

"I think this man should be put in jail," a former Mexican diplomat told the paper.