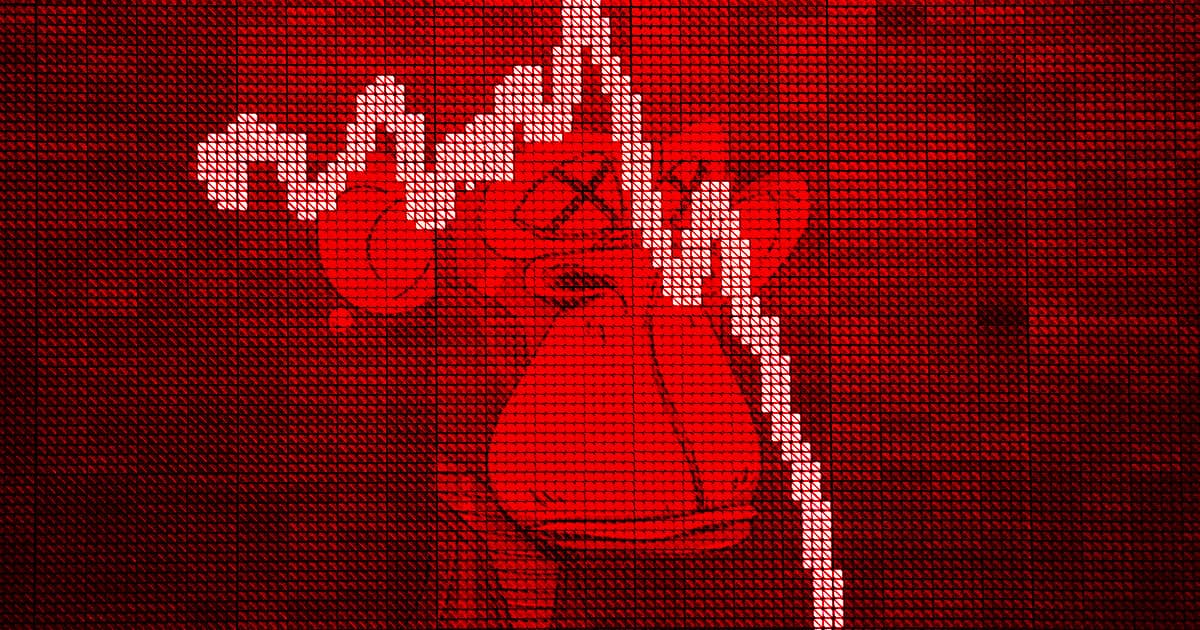 "For me, this is when it gets very dangerous and is akin to a financial bubble."

"For me, this is when it gets very dangerous and is akin to a financial bubble."

Former investment banker Colborn Bell, who owns millions of dollars worth of NFTs, is warning the market for the tokens could be headed toward a catastrophic crash, Fortune reports.

Bell got into NFTs in early 2020 and has since amassed a huge collection. He also founded the Museum of Crypto Art, a VR-based art exhibit space.

Despite having a massive vested interest in the future of NFTs, Bell is "prepared, I think, for a cataclysmic market crash," he told Fortune.

It's a refreshing, and brutally honest, insider look at what the NFT craze has turned into — and where it could be headed.

The ex-banker says he's not in it for the money — he has pledged that he will never sell a single NFT from any of his own collections exhibited at the museum.

Bell claims he's merely helping others "prove that they were here before the gold rush" by having their art exhibited at his museum. He even bought an old church in Kingston, New York, to bring the museum to the real world.

But there's one big problem, he says. There are too many artists — and far too few buyers.

"The barrier to entry for artists is much lower than it is for collectors," Bell told Fortune. "In my mind, that formula does not work."

It's an astonishing revelation coming from somebody who himself is extensively involved and invested in the trend — and a rare moment of self-reflection in the space.

"There is this idea of making everything an NFT, and just because it’s become an NFT, it’s now valuable," Bell said. "For me, this is when it gets very dangerous and is akin to a financial bubble."

To Bell, the whole point of crypto art is to be "countercultural," with the museum serving as a "counternarrative to the rampant commercialization that is happening here."

It's perhaps an ironic statement, given Bell's position. One of his own collections is currently valued at around $15 million alone, according to Fortune.

And then there is the fact that many independent artists absolutely loathe NFTs.

Whether Bell will stay true to his word and never cash out — even when the NFT bubble is set to burst — remains to be seen, needless to say.

READ MORE: This NFT collector who says he has art worth millions thinks the market is about to crash—but notes he’s not in it for the money [Fortune]

More on NFTs: Debate Rages Over How to Pronounce “NFT”

Apes Ahoy
A Major NFT Project Is Falling Apart in a Storm of Lawsuits
Mar 22
Read More
Rube Goldbergian
The Dune NFT Project Is Back With an Inscrutable New Scheme
Mar 9
Read More
Regulating Crypto
Hillary Clinton Calls Out Crypto Exchanges for Letting Russia Bypass Sanctions
Mar 3
Read More
+Social+Newsletter
TopicsAbout UsContact Us
Copyright ©, Camden Media Inc All Rights Reserved. See our User Agreement, Privacy Policy and Data Use Policy. The material on this site may not be reproduced, distributed, transmitted, cached or otherwise used, except with prior written permission of Futurism. Articles may contain affiliate links which enable us to share in the revenue of any purchases made.
Fonts by Typekit and Monotype.