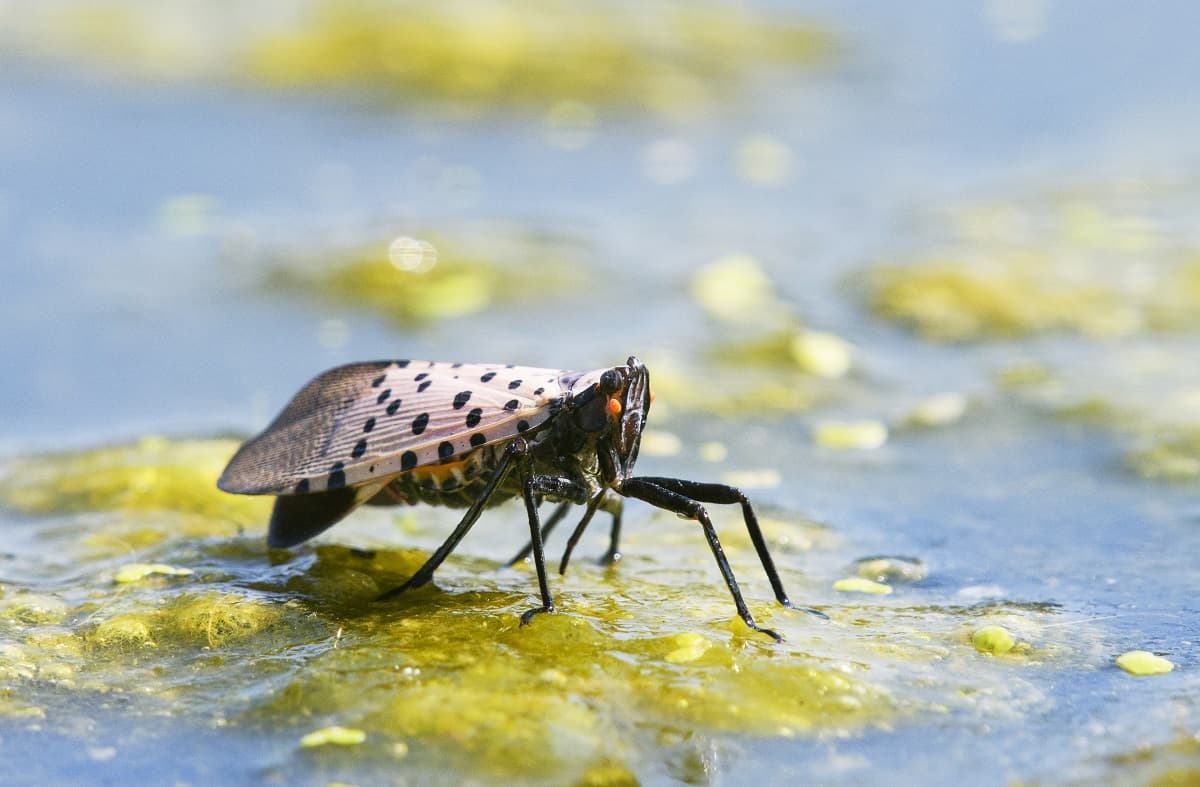 It's beautiful — but does that mean it deserves mercy?

It's beautiful — but does that mean it deserves mercy?

Okay, we'll admit it: the spotted lanternfly, though invasive and devastating to grape vines and fruit trees, is beautiful. But does that mean it deserves mercy?

These crimson planthoppers, native to Asia, were first discovered on US soil back in 2014. They've since spread to a dozen states, and the threat they pose to agriculture has been significant in affected regions. In response, a number of states have issued kill-on-sight orders for the dastardly bugs. But as The New York Times reports, some residents are rising up against the kill orders — and honestly, much of the resistance reeks of pretty privilege.

It's one thing to resist bug bloodlust on religious grounds. We also get that some folks are squeamish about the horrible crunch of killing one of the pests, and the NYT reports that a lot of people are simply just put off by the glee that many derive from squashing the invaders. Totally understandable!

Many lanternfly sympathizers, however, really just seem to find them too aesthetically pleasing to kill — despite the fact that they've almost completely wiped out some agricultural operations, particularly East Coast wineries.

"If someone was like, 'Oh, we have to kill all the Pomeranians, people might feel a lot differently about it," New York-based software developer Jody Smith told the NYT.

Smith, a vegan, told the publication that he abstains from lanternfly squashing because he doesn't appreciate them being seen as dispensable, although he also added that he does murder cockroaches, which apparently don't pass his Pomeranian-based morality test.

That in mind, it's hard to imagine that a less beautiful bug — rather than something that more closely resembles a butterfly — would enjoy the same treatment. If a nasty-looking pest was decimating wineries and orchards in Pennsylvania and beyond, as the spotted lanterfly is now, residents would surely ban together to stomp out those bad boys left and right.

"We can understand the hesitancy to kill the spotted lanternfly, which appear colorful and harmless," Chris Logue, director of plant industry for the New York State Department of Agriculture and Markets, told the NYT. "However, the damage this invasive species can do in harming important crops and impacting our food system is real."

READ MORE: In the Lanternfly War, Some Take the Bug’s Side [The New York Times]

More on invasive species: Florida Officials Alarmed by Invasion of Giant Snails That Can Cause Meningitis

Charlotte's Web
Experts Say That Those Giant Spiders Falling From the Sky Are Good, Actually
3. 10. 22
Read More
Death From Above
Autonomous Drones Are Dropping Rat Poison Bombs on This Island
1. 24. 19
Read More
Asian Ticks on New Jersey Sheep? Invasive Species Are a Reality of Our Future
2. 28. 18
Read More
+Social+Newsletter
TopicsAbout UsContact Us
Copyright ©, Camden Media Inc All Rights Reserved. See our User Agreement, Privacy Policy and Data Use Policy. The material on this site may not be reproduced, distributed, transmitted, cached or otherwise used, except with prior written permission of Futurism. Articles may contain affiliate links which enable us to share in the revenue of any purchases made.
Fonts by Typekit and Monotype.