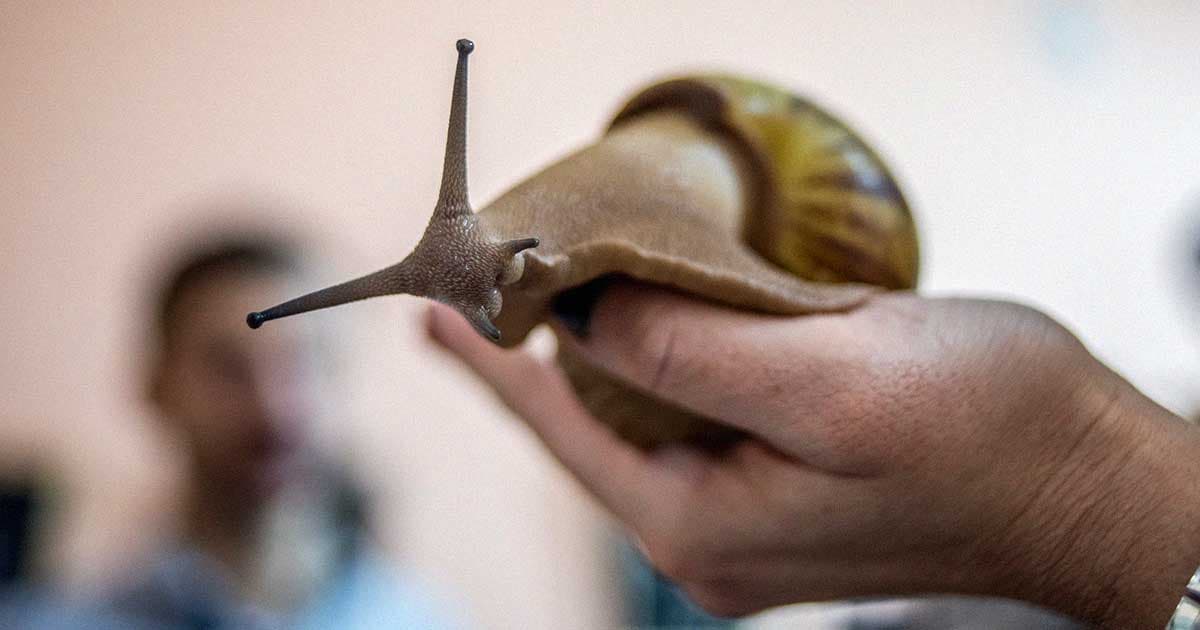 Whatever you do, don't touch the snails.

Whatever you do, don't touch the snails.

Florida is facing yet another invasion of the giant African snail, according to the Florida Department of Agriculture and Consumer Services (FDACS), which can grow to an astonishing eight inches in length and pose a serious health risk to humans.

The state has already done battle with the formidable snails on a number of occasions within the last 50 or so years, including in 1975 and just last year, after being detected again back in 2011.

But officials may have missed some of them, as the massive shelled gastropods are back with a vengeance. FDACS officials issued a quarantine on June 25, two days after they confirmed a detection, forbidding residents from moving any related items that may have touched the snails outside of a designated area in Pasco County, just north of Tampa.

The incident goes to show just how difficult it is to control the spread of an invasive species, in a decades long battle kicked off by a child who brought three African snails to South Florida 56 years ago.

The FDACS has opened a hotline to track down the slimy beasts, while also asking residents to not touch the snails without gloves. That's because the African snail carries a parasite called rat lungworm, which can cause meningitis, or the inflammation of the fluid surrounding the brain and spinal cord, in humans.

Given previous eradication efforts, there's a good chance authorities will be able to get the situation under control — but even if they do, it's probably only a matter of time until the crawlers make their inevitable return.

READ MORE: An invasive, giant African snail is back in Florida [Click Orlando]

Charlotte's Web
Experts Say That Those Giant Spiders Falling From the Sky Are Good, Actually
Mar 10
Read More
Wading Pool
One Day of Greenland's Ice Melt Could Submerge Florida
7. 30. 21
Read More
Death From Above
Autonomous Drones Are Dropping Rat Poison Bombs on This Island
1. 24. 19
Read More
+Social+Newsletter
TopicsAbout UsContact Us
Copyright ©, Camden Media Inc All Rights Reserved. See our User Agreement, Privacy Policy and Data Use Policy. The material on this site may not be reproduced, distributed, transmitted, cached or otherwise used, except with prior written permission of Futurism. Articles may contain affiliate links which enable us to share in the revenue of any purchases made.
Fonts by Typekit and Monotype.