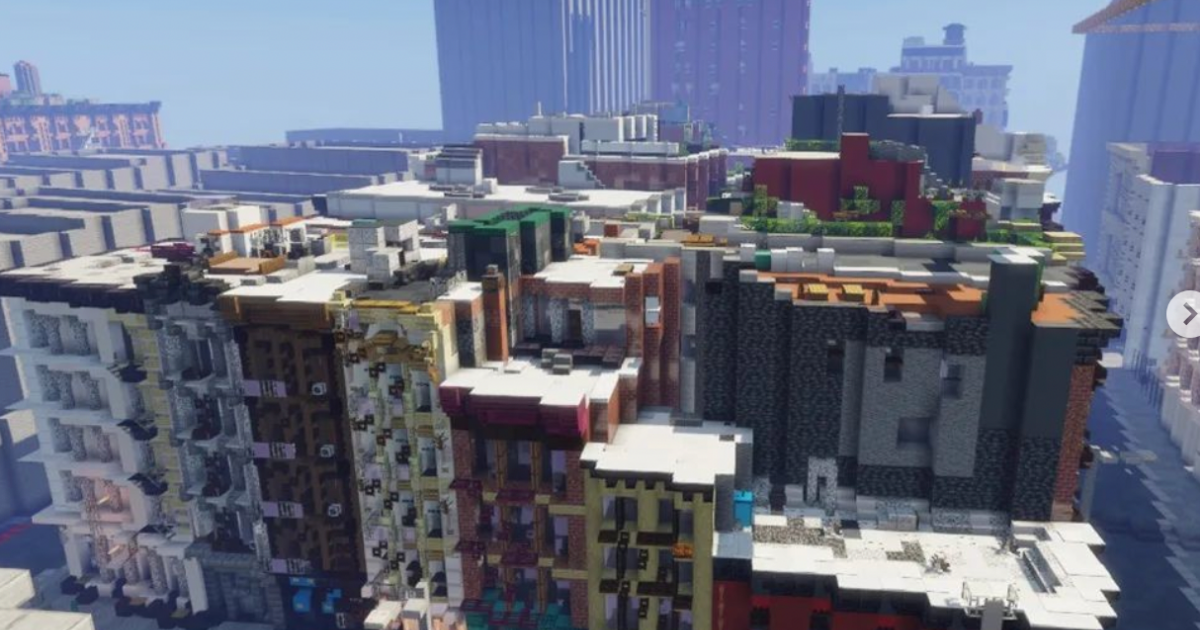 If You Build It

When Minecraft was a little indie hit, it would've been difficult to make people believe that players would someday build some of largest digital megastructures in history inside the game — but that's exactly what happened.

In the past, clever players have created processors that run real games and even Westeros from the Game of Thrones franchise. Now, a team of more than 2,500 players is recreating New York City at a 1:1 scale. A new report published this week in Curbed detailed the effort led by a 21-year-old coder from Frankfurt whose username is Minefact. Instead of recreating his home town, he settled on NYC because of easily available public data on its buildings and infrastructure.

Minefact told the digital outlet that he merged with a larger project that's recreating the entire Earth on a 1:1 scale and thought it brought joy and companionship while people were stressed out from dealing with the COVID-19 pandemic.

"Everyone was trapped inside their house, and so people started to meet in-game, in this new real life, where they could create the world they had known outside," Minefact told Curbed. "So it’s a bit like the metaverse, just in a different, low-key style."

Back in 2020, Minefact posted a time lapse of a team building the 9/11 memorials, the first project the group undertook. The video has nearly 100,000 views and some of the team involved shared their experience.

"This is literally gonna change Minecraft history," one user commented.

The project is still going strong, and MineFact posted photos of new sections of neighborhood that are being built or improved only yesterday.

Creative outlets like this remind us that humans are, in fact, pretty cool sometimes. Whether it's massive Grand Theft Auto role-playing servers or other impressive game builds, giant works like this are a sign of human creativity and passion. Even if you're not into building Minecraft worlds we could all benefit from a little hope, collaboration and fun right now.

More on Minecraft news: Rejoice, Nerds! Now You Can Play Minecraft With a Quest VR Headset

Russian Block
Teen Sentenced to Prison for Plotting Terror Attack in Minecraft
Feb 11
Read More
Un-Convention-al Hospital
NYC's Emergency COVID Field Hospital Sounds Surprisingly Nice
4. 14. 20
Read More
All the News That's Fit to Mine
This Virtual Library in Minecraft Gives a Voice to Censored Journalists
3. 14. 20
Read More
+Social+Newsletter
TopicsAbout UsContact Us
Copyright ©, Camden Media Inc All Rights Reserved. See our User Agreement, Privacy Policy and Data Use Policy. The material on this site may not be reproduced, distributed, transmitted, cached or otherwise used, except with prior written permission of Futurism. Fonts by Typekit and Monotype.